​Arsenal will offer Kieran Tierney a contract worth £20m over five years to sign for the club, if a transfer fee can be agreed with Celtic.

The Gunners are in the market for a new left back this summer and they have made the 22-year-old their number one target.

Arsenal have already reportedly made two bids for the defender, with their initial £15m bid being rejected by the Scottish champions. 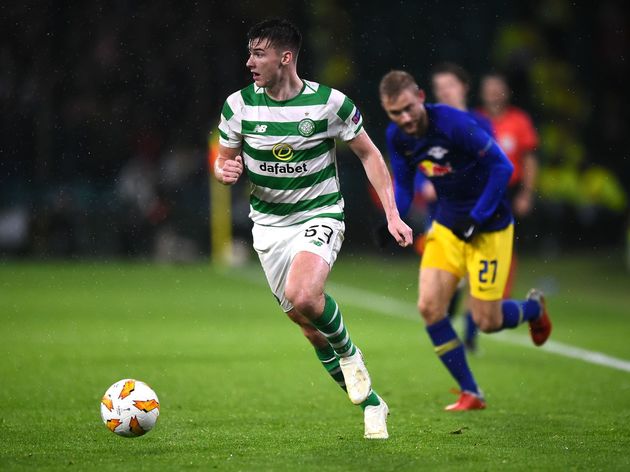 They have since made a second bid of approximately £25m and, according to ​​The Scottish Sun, intend to offer Tierney a five-year contract worth around £20m over its duration.

The ​Premier League side are willing to pay the defender more than £70,000 per week in wages,  amounting to £4m a year.

The Sun's report adds however that Celtic are in no rush to sell Tierney and that ​Serie A side ​Napoli also hold an interest in the 22-year-old.

Tierney became one of Celtic's highest earners when he signed a six-year contract in October 2017. He made his debut at just 17 years old and quickly established himself as the first-choice left back at Celtic. His excellent performances in his first full season with the Scottish giants led to him being voted as the PFA Scotland Young Player of the Year and being named in the PFA Scotland Team of the Year. His club form led to a Scotland call-up in March 2016 and he made his international debut in the same month in a friendly against Denmark.

Tierney has been part of a Celtic side that have dominated Scottish football in recent years, winning the league for the last four seasons and two of the last three Scottish Cups and Scottish League Cups.

He is currently recovering from an operation that he underwent at the end of the season to remedy a long-standing hip injury.