Uruguay beat Chile 1-0 to secure top spot in Group C and set up a favourable quarter-final tie with Peru​.

Chile's defeat, on the other hand, means they now face have a difficult quarter-final fixture against Colombia on Friday.

Elsewhere, Ecuador and this year's guest invitees Japan drew 1-1, meaning that both teams were eliminated from the tournament, having missed the chance to qualify for the quarter-finals as one of the best third-placed teams. Chile came into the game knowing that they had already qualified for the quarter-finals and Uruguay had all but qualified due to their vastly superior goal difference over Japan but they were aware that top spot (and a more favourable run to the final) was still up for grabs.

Chile had the first good chance with midfielder

Shortly afterwards, Chile defender Gonzalo Jara made a brilliant defensive header to deny a near-certain goal from the lurking 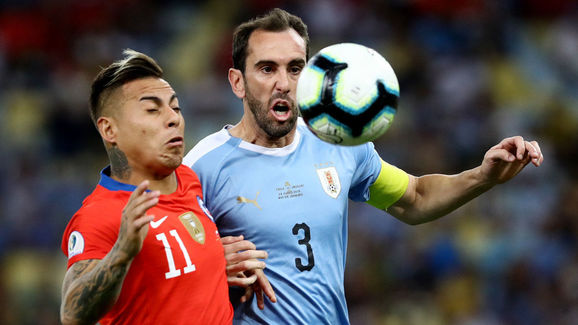 The game got cagier from this point onward with previous few good chances for either side. 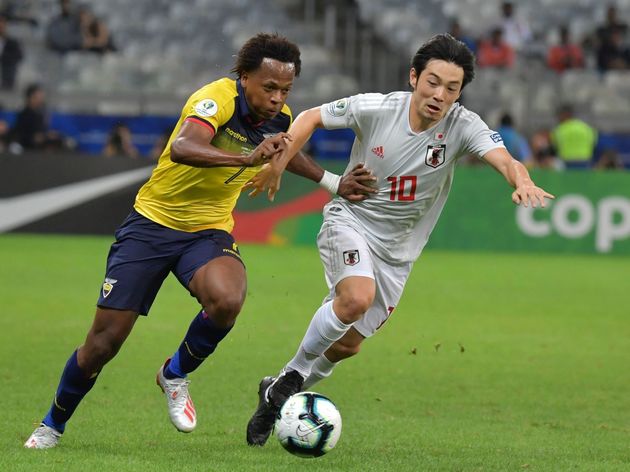 Ecuador and Japan knew they could not realistically finish in the top two positions in their group but could have qualified for the next round as one of the best third-placed teams.

Both teams had efforts from long-range which went well wide in the early stages, as they showed their intent to win the game. Japan, who were invited to the tournament as a guest side, took the lead in the 15th minute following a good piece of play.

Ecuador did equalise 11 minutes from half-time when Robert Arboleda's shot was saved by Kawashima but only into the path of Mena who was there to stab home from close range.