Herbert Chapman is number 39 in 90min's Top 50 Great Managers of All Time series. Follow the rest of the series over the course of the next eight weeks. You can find Ross Kennerly's career overview on Herbert Chapman ​here.

Over the course of his career, Herbert Chapman took charge of four sides in England, most notably at Huddersfield and Arsenal, before his life was sadly ended early at the age of just 55.

Rightfully heralded for his overall contribution to the game, Chapman also moulded some fine footballing sides that included a wealth of supreme talent - much due to his excellent work on tactics and formations.

Names most likely unfamiliar to many, some wonderful players graced the English game post-World War One, many of whom were at Chapman's disposal.

Read on to discover how his best squad would have looked as we continue 90min's Top 50 Greatest Managers of All Time series. Charlie Jones (Half Back) - Initially signed as a left winger, Jones was one of many players Chapman converted to fit into his Arsenal side, eventually ending up as a half back. Alex James (Inside Forward) - The pArsenal. Scotsman James was widely revered as one of the best of his time, wennis Bergkamp. A creative mastermind, 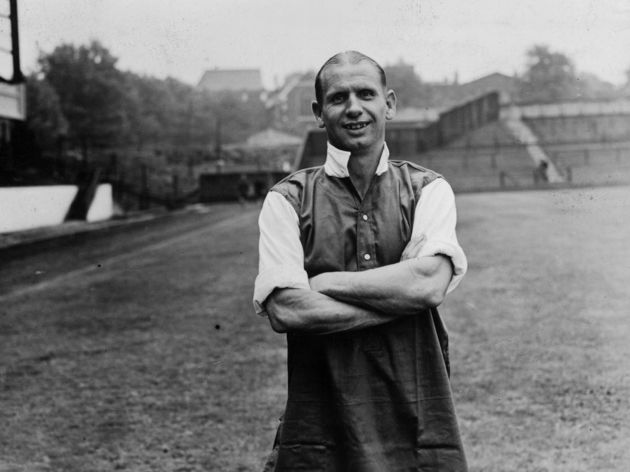 George 'Bomber' Brown was one of Town's 'Thrice Champions' of the 1920s and still holds the Club's record as Top Goalscorer following an amazing eight years as a Terrier (DTS) pic.twitter.com/NvU4bWDmz7