Herbert Chapman: One of Football's Great Innovators & Mastermind Behind the 'W-M' Formation

​Herbert Chapman is number 39 in 90min's Top 50 Great Managers of All Time series. Follow the rest of the series over the course of the next eight weeks.

Many managers are known for their masterminding of particular successes, effortlessly integrating into a club and bringing it glory over a short period of time.

Few, however, left a footprint as big as Herbert Chapman did at Arsenal. Furthermore, few, if any, are so fondly remembered for their contributions to the sport as whole.

That's because, there was only one 'maker of champions'. 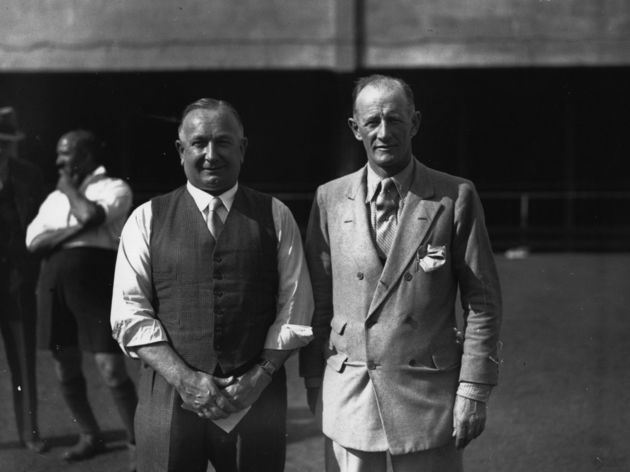 A less than inspired player in his day, Chapman played for numerous sides over a 16-year career, failing to ever assert himself in the physical aspect of the game. On the other hand, his mind offered a far greater weapon.

Starting life out as a manager with Northampton Town, he quickly rose to prominence after guiding the Cobblers to the Southern League title. He was duly snapped up by Leeds City, in his native Yorkshire, vastly improving the team's displays before

Leading the Terriers to two First Division titles and their only FA Cup triumph to date in four years painted a fine picture for casting their gaze over his CV. However, what wasn't visible was the vast quantity of dedicated work Chapman bestowed upon himself off the field.

 January 19, 1878 is a significant date in our history: Herbert Chapman was born

He would go on to revolutionise the club, both on and off the pitch - and we will never forget his work, success and innovation

Chapman’s methods and results were garnering attention up and down the country. Down south in London, no club based in the capital had produced a First Division champion, with a growing ambition in the city to end that sequence. At the time, A

Instilled as the club's manager after answering Arsenal chairman Sir Henry Norris' advert, the Gunners sought to end that and made the bold move of making Chapman

What makes a truly great manager? Is it tactical ingenuity, silverware, or perhaps a lasting legacy? In most cases, all of the above.

It is often said that his life story ‘is largely the story of how English football came of age’.

He became an advocate for a number of improvements and modernisations in the game. With his role in the flashing lights of London providing him with the backdrop he was in need of to firmly imprint himself upon the sport.

While he forever ingrained himself in Huddersfield folklore, he knew in order to fully emit his knowledge and master his craft, he needed to move to the big city.

Setting about doing so almost immediately, Arsenal lost 7-0 to Newcastle in October 1925 in what ultimately became the turning point in Chapman's, at this point, short reign.

I wonder if the old WM formation thought up by Herbert Chapman would work in Football Manager? pic.twitter.com/oWmasQgz

The introduction of a centre-back to stop the opposing centre-forward came into effect, while a holding midfielder was a non-entity, as t Many of the self-proclaimed scholars of football labelled the new formation as a defensive step backwards. On the contrary though, it was a philosophy focused on balance, something that had been previously disregarded in the English game, and would proceed to shape the modern approach of European football.

Innovations and revolutions aside, Chapman didn't lift silverware in north London until

Thanks for everything, Herbert pic.twitter.com/FIU2cUe2q6

Chapman's influence became the blueprint of modern football management. Tactical versatility, linking football business with sport, and sculpting something greater than the sum of its parts.

Were it not for his premature death 1934, Chapman could well have been heralded as the greatest British manager. While his life was cut short before it began, h

Number 40: ​​Luis Aragones: Spain's Most Important Manager, the Atleti Rock and the Modern Father of Tiki-Taka