Despite having an initial bid rejected, Mauricio Pochettino is still said to be 'determined' to sign Real Betis' Giovani Lo Celso this summer.

Pochettino is keen to add to his squad after not signing a single player during the past two transfer windows, as Spurs look to push on and finally challenge for the Premier League title.

Spaur have been heavily linked with the 23-year-old and have, as ​per the BBC, had a £53m bid rejected for the midfielder already. Lo Celso enjoyed an impressive 2018/19 season, having made 46 appearances, scoring 16 goals and providing six assists in all competitions for the ​La Liga club.

As a result, there are a number of European heavyweights eyeing up a move for the talented Argentine.

​Tottenham, however, seem to be the most interested party with Spurs’ boss Mauricio Pochettino ‘determined’ to sign the player, as reported by ​Estadio Deprotivo. The Lilywhites are aware of Lo Celso’s release clause, which stands at £88m, but are very unlikely to be able to match it at present.

The Spanish side are reportedly willing to let the attacking midfielder go for £75m, but it would still mean that Spurs will have to almost double their transfer record spend of £42m, which they paid to Ajax for Davinson Sanchez two years ago.

The whole deal now, apparently, relies on Tottenham’s decision regarding ​Christian Eriksen. If the north London club decide to sell their star midfielder, they should have enough available funds to finance the Lo Celso deal. 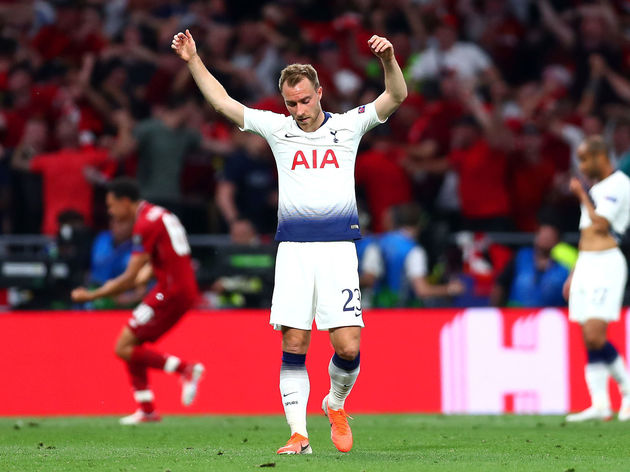 However, that’s not the only issue that Daniel Levy will face. The former PSG player is currently away on international duty with Argentina and, until the player comes back, no negotiations will take place. Nonetheless, even if Spurs fail to secure the signing of Lo Celso, Betis will find it very difficult to keep the midfielder in Spain, with a number of possible offers coming from clubs who are monitoring the player such as ​Real Madrid and ​Manchester United.