Monday saw another round of group games in the UEFA European Under-21 Championship, with France and Romania battling head to head for the top spot. Both sides having already guaranteed progression to the knockout stages, but neither were able to continue their goal-scoring form of the first two games.

A goalless draw saw surprise package Romania sail through as winners, with France having to settle for second place due to their inferior goal difference.

Meanwhile, England and Croatia remained winless following what was a far more entertaining draw which ended 3-3.

An underwhelming result topped off what was an extremely disappointing tournament for both these promising nations. For a match which saw both sides playing for the chance to progress as group winners, this game was about as memorable as the scoreline might suggest.

The first of the chances came when Romanian number nine George Puscas fired a close-range shot straight at the French goalkeeper, an irrelevant outcome as he was flagged offside regardless.

The fact that the best of France's chances came early in the second half tells you everything you need to know, and it wasn't much of a chance either. Marcus Thuram competed with Romania goalkeeper Andrei Radu in the air but was pulled-up for a foul after clattering into his opponent.

Minutes later, Olivier Ntcham saw the first of two snap-shots blocked by a defender and the second trickle way wide off the post from the edge of the box.

This was to be France's last real chance to grab a goal during a match in which they failed to register a single shot on target. The result will suit top-dogs Romania, irrespective of the lacklustre performance both teams produced. 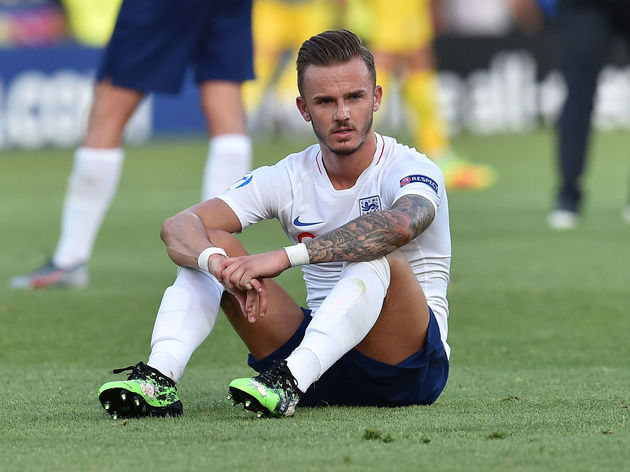 The fact that both sides were all-but eliminated from the competition prior to kick-off didn't prevent them from putting on a livelyshow for the paying spectators.

The game got off to a lively start when Dean Henderson pulled off and acrobatic save from a powerful header following a Croatian corner.

But it was England who found the net in just the 11th minute. Having earned the privilege himself, trick winger ​Reiss Nelson coolly tucked home the opening goal from the penalty spot. He cut in from the left and fired an unreachable strike into the far top corner meaning the teams would go into the break level.

The England lead was soon restored in the opening minutes of the second half though, when ​Leicester City's creative midfielder James Maddison got on the scoresheet. After initiating the attack himself, Maddison capitalised on a weak headed clearance, hammering his attempt into the roof of the net.

Another defensive calamity then allowed Croatia a route back into the match. Lloyd Kelly's loose pass was seized upon before the ball made its way to attacker Nikola Vlasic, who curled a shot low to Henderson's left.

Defender Jonjoe Kenny did his very best to outdo his former ​Everton teammate just eight minutes later, powering a 25-yard strike into the bottom corner to give England the lead once more. But yet again, they were unable to maintain it as Croatia came from behind for the third time in the match.

​Brekalo's second goal was also tidy, as he slid the ball through Henderson's legs to level the match at 3-3, a result which would remain until the final whistle.

This encounter only further highlighted the defensive frailties of both sides, a major downfall in what was a dismal campaign all-round.