​Former Manchester United manager Louis van Gaal has heaped praise on Liverpool stalwart James Milner, hailing the versatile midfielder as 'one of the best' while surprisingly downplaying the importance of stars like Lionel Messi and Neymar.

Since arriving at Anfield in 2015, Milner has become a firm fan favourite for his work rate and unselfishness and was a key member of the Reds' Champions League success in 2018/19.

His contribution has won a surprise admirer in former United and Netherlands manager Van Gaal, who used the 33-year-old to highlight the importance of players who fight for the team than those who play as individuals. When questioned by​ ​El Pais, the Dutchman seemed to dismiss many of the traditionally considered best individual players in the world, before talking up those who play for the team.

He is quoted as saying: "Look at Barcelona, h

"Look at Neymar at PSG. How many Champions League trophies won? Messi

"I believe that in collective games there is nothing more important than the team player."

And when asked who he believed was the most impressive team player was, he replied: "One of the best is James Milner, i 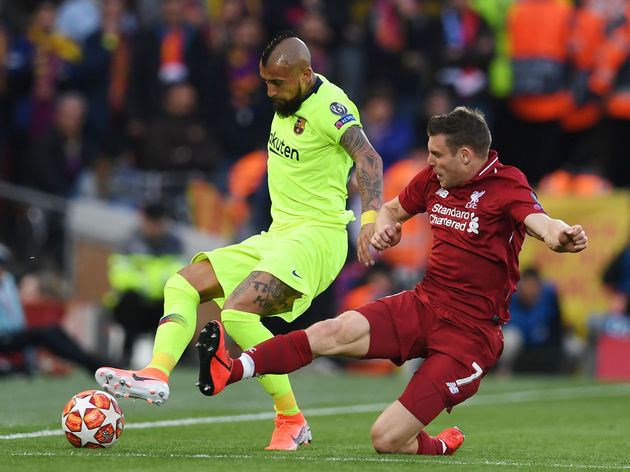 Yet, despite getting his players to buy into his preferred style, Van Gaal also believes the Reds' manager has learned to adapt his methods to be pragmatic.

"Until a few months ago he saw the light: he understood that pressing is not always the right thing to do.

"Depends on the conditions. ​Dortmund​ Liverpool "That is good for Salah, Mane and Firmino because they are very quick to take advantage of the spaces behind the rival defence."

Using the 4-0 semi-final thrashing of Barca as an example once more, he suggested this was something the Spanish champions and Messi could learn from.