England may be through to the quarter finals after scoring three times in a World Cup knockout game for the first time, they may be in the knockout rounds after taking maximum World Cup group stage points for the first time, they may also be the third best team in the world on paper, but the Lionesses are sadly not going to be celebrating next month if things stay as they are. England have had a decidedly mixed 2019 overall - some good results, some poor ones, some good performances, and some below par ones. But the inability to put together a good performance over a full 90 minutes and persistent sloppiness is more than a little alarming.

The SheBelieves Cup was a perfect way to start to year, beating both Brazil and Japan either side of a 2-2 draw with the United States that showed England were more than capable of exploiting the defensive weaknesses of the World Cup holders and favourites on their own soil.

To then see the Lionesses beaten at home by Canada in front of a sell out crowd in Manchester in April was disappointing to say the least. Follow up wins against Spain and Denmark were laboured, while a farewell loss against New Zealand was even more disappointing.

In the grand scheme of things, those four warm up games didn't necessarily have to mean a lot, and that certainly seemed to be the case when England thoroughly outplayed Scotland in the first half of what was supposed to be a tough World Cup opener. 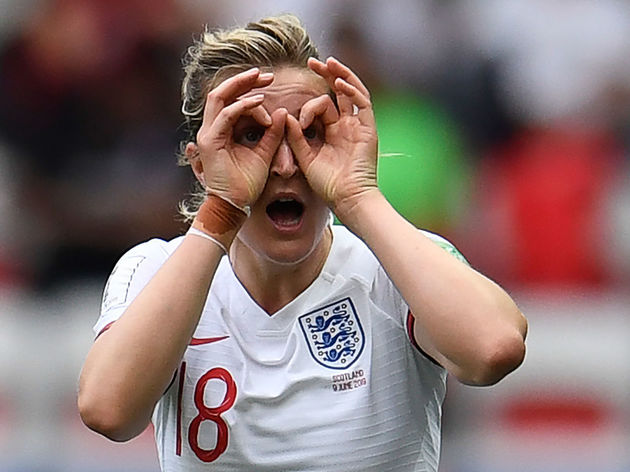 The Lionesses were 2-0 up at half-time and cruising, but it was their own sloppiness that allowed Scotland back into a game that should have been sewn up and set up a nervous finish as England desperately clung to a slender 2-1 advantage.

Phil Neville pulled no punches after the game when he declared: "There's a long way to go to start talking about winning the World Cup."

The problem is, the same issues that existed then haven't been fixed.

Beating Argentina should have never been a problem for England, such was the chasm in quality between the teams. If anything, 1-0 was an underwhelming margin of victory, but perhaps excusable given the physical approach from the Argentines, the heroic performance of goalkeeper Vanina Correa, and the fact Japan had also been unable to break them down days.

But it was still six points and progress to the knockout stages with a game to spare. Then came Japan, another England win, but arguably a fortunate one after another outing was plagued by only half a good performance and avoidable sloppiness.

Another decidedly mixed performance from #ENG, great first half but lucky #JPN wasted so many chances. Still, can’t argue with 3 wins and 9 points to finish the group stage. But improvements still needed to go far in this #FIFAWWC

England were dominant in the first half in Nice, and had they repeated that same performance in the second 45 minutes no one could have argued against their tag as genuine World Cup contenders. As it was, the Lionesses wilted and mistakes crept in, just as against Scotland.

That England weren't punished was a miracle down to wasteful Japanese finishing. At a time when ball retention and game management was critical, the Lionesses simply didn't have it. They were unable to re-establish control, but Ellen White showed just why she is so highly rated with a clinical finish against the run of play to push the game out of Japan's reach late on.

In the last 16, the circumstances were obviously very difficult in the face of a physical threat from Cameroon and a complete lack of control from the referee. The final score was 3-0, but again England gifted chances to their opponent through their own sloppiness and avoidable mistakes that better quality teams, the like of which the Lionesses will yet have to play and beat if they are to lift this World Cup, would surely have punished them for.

I don’t doubt #ENG’s ability to score goals against #CMR, today has got to be about a clean and clinical performance in terms of ball retention and not giving away the needless chances that plagued the 2nd halves vs #SCO & #JPN #FIFAWWC

Scotland and Cameroon were unable to do it. The fact that Japan, a team regarded as arguably the best technical outfit on the planet, also didn't was utterly miraculous.

But Norway still aren't the real danger. A semi final for England would entail a meeting with the United States or France, the two most lethal attacking teams in the tournament.

England have already seen U.S. weakness up close this year after that aforementioned 2-2 draw in the SheBelieves Cup. But that will only be available to exploit if they can retain the ball in defence and midfield to stop the relentless attacks. Imagine the outcome if England were to gift the type of chances they have done in previous games at this tournament to a team that has already shown it doesn't know the meaning of mercy after the infamous humiliation of Thailand. The same goes if England win their quarter final and were to face France in the last four.

England can beat any team on any day. But at this level you simply cannot they gift a top quality opponents chances to score and still expect to emerge victorious. It doesn't happen.

That is why, four wins and a 3-0 knockout win aside, England absolutely have to erase those unnecessary mistakes. They have the quality, but they need to show it over a full game.

Honestly, being able to be so picky and disappointed with anything less than World Cup glory is testament to just how far England have come over 20 years and where expectations now are.