​On a day in which Rafa Benitez left Newcastle, finally bringing an end to the long-running saga over his future, there is no shortage of actual news to discuss on this grey Monday.

Has that stopped the rumour train however? Behave. Strap in, because we're in for a long one here. 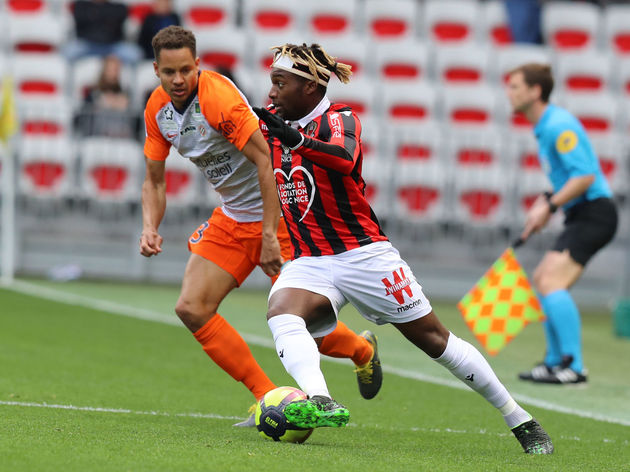 You can take a break from your Rafa-induced hyperventilating for a few minutes here​Newcastle fans, because we have some much-needed good news here, as reports in France claim OGC Nice forward Allan Saint-Maximin is on his way.

The 22-year-old featured everywhere across the front line for the Ligue 1 side last season, scoring six goals and registering five assists in 36 appearances, and was being tipped for a move to some of Europe's elite sides, such as AC Milan, earlier in the season. He hasn't had the interest in his signature he anticipated, however, and Nice-Matin report (via ​GFFN) that the Magpies are poised to take advantage.

It is thought that the player is 'close' to agreeing to personal terms, although negotiations remain over a fee, with Newcastle prepared to offer around £22m while Nice hold out for closer to £27m. There are three certainties in life; death, taxes, and Joe Hart being linked with a strange move abroad in a bid to 'revive' his career.

The former England number one looks set to leave ​Burnley despite having a year left on his deal as the ​Mail report that the Clarets are keen to move him on for free, along with his astronomical salary, in the weeks to come.

Lille are reported to be keen to offer the 32-year-old a way out should current stopper Mike Maignan leave the club, and while he is tempted by the prospect of an offer, he may well find himself with an agonising choice between northern France and the scenic backdrop of Stoke-on-Trent, as the Potters are ​also interested in his signature. Wolves are reported to have set up a meeting with representatives from French club Angers SCO over forward Stephane Bahoken, as they look to pip Leicester City to the 27-year-old's signature.

As per ​L'Equipe, the meeting is scheduled to take place in Egypt, where Bahoken and Cameroon are based for the Africa Cup of Nations. Having netted 11 goals in 33 appearances in all competitions last season, he could be seen as the viable alternative to Raul Jimenez that Nuno Santo's side so desperately need ahead of their Europa League bow.

​Leicester, meanwhile, seek an heir to Jamie Vardy, who turns 33 in January, but it looks as if they remain second favourites for now due to Wolves' proactive approach to negotiations. That is, of course, if reports are true, as the French outlet are no strangers to getting things wrong. ​Manch​ester United's interest in Inter winger Ivan Perisic seems to have died down, with the Old Trafford club finally seeing sense and turning their attention towards a younger demographic of transfer targets. Unfortunately for us, this doesn't mean we're getting a break from the rumours linking him to the Premier League, as Italian press have shifted the goal-posts, now reporting that ​Arsenal are interested.

Libero, via ​Passione Inter, give us some vague reasoning about how Perisic wants to move to the Premier League, and how there is a 'fund of truth' in reports suggesting Arsenal are interested.

This is about the furthest thing you will get from concrete news on a potential transfer, though it does correctly note that Arsenal need to move players on before they can think about any substantial incomings, while speculating that the 30-year-old could be one of them. Real Betis are reported to be interested in luring ​Liverpool's Champions League hero Divock Origi to Spain this summer, along with a host of other clubs in La Liga and across Europe.

The Belgian popped up with a number of key goals for the Reds over the course of the season, including a match-winning double against Barcelona in the famous 4-0 win at Anfield, and the all-important second goal in the final that ultimately won Jurgen Klopp's side the trophy for a sixth time. ​Estadio Deportivo

This conflicts with reports that Liverpool will ​reject any and all offers for the striker this summer, however, even with his contract expiring in 12 months. He also opted to stay at the club last year when his position within the squad was drastically reduced from what it is now, so it seems as if it would require some dramatic changes for a move to materialise.

Five months on from the deal that nearly happened but didn't thanks to an ill-fated loan move for Denis Suarez, Arsenal could be in line for a cut-price move for Chistopher Nkunku, as PSG are reported to have drastically dropped their £25m price tag for the midfielder.

The Gunners decided against bringing him in in January, having previously expressed interest in a loan with an option to buy for the 21-year-old, but instead opted for Suarez, who underwhelmed in his six appearances in north London. Having decided against bringing Suarez back to the club, however, ​Football London speculate that they could go back in for Nkunku, for whom PSG now want a fee in the region £13.5m.

The situation has changed due to the player entering the last year of his contract, with RB Leipzig also alerted to his new-found availability - so Arsenal will likely have to move fast here. Since joining Bristol City from Ipswich Town last summer, 24-year-old Adam Webster has established himself as one of the Championship's leading centre-backs, and put himself on the radar of many Premier League sides.

His performances over the course of his 47 appearances have generated reported interest from Newcastle and Villa, against whom he featured twice in the league, and the ​Sun now report that Everton are keen to add him to their defensive ranks.

Villa are believed to have offered as much as £12m, so any successful bids would likely have to match or better that, and while there is no information as yet on whether Everton or Newcastle will pony up. 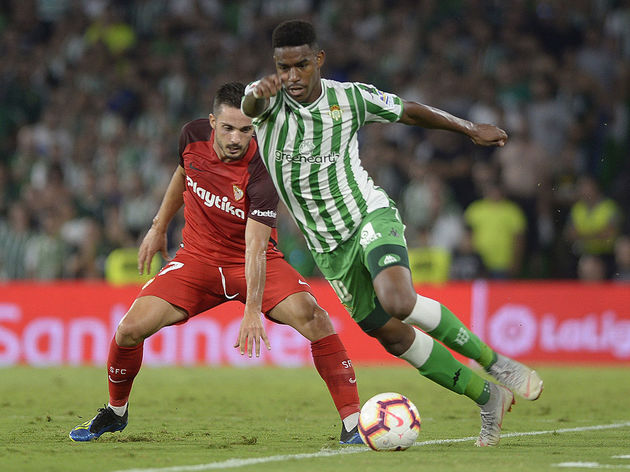 A rumours roundup wouldn't be complete without some suitably flimsy Manchester United speculation, would it?

​Another involving Liverpool and Real Betis, ​Marca report that United will offer competition for the man Jurgen Klopp sees as a backup to Andy Robertson, as left-back Junior Firpo looks set to leave the La Liga side for one of the Premier League rivals. Rounding things off with some news a bit lower down the Premier League, Crystal Palace are believed to have approached FC Augsburg about a £13.5m move for Austrian international defender Martin Hinteregger, who spent last season on loan at Eintracht Frankfurt.

The 26-year-old was one of the penalty villains in Frankfurt's Europa League semi-final loss, missing his kick in the shoot-out as eventual winners Chelsea advanced to the final.

​Sport Witness source the print edition of Gazzetta dello Sport in claiming that the player wants a permanent move away, and that Palace have made their interest known along with the price they are prepared to pay, but how receptive Augsburg are to that remains to be seen.