The Madrid-based team were founded just four years ago and secured promotion to Spain's Liga Femenina at the end of the recently concluded 2018/19 season.

From next season, AS suggests that CD Tacón could be playing as 'Real Madrid' instead. Already representing the capital in Spain's women's top flight are Madrid CFF, which has no affiliation to Real, and three-time back-to-back reigning champions Atletico Madrid Femenino.

A separate AS report notes there is an imminent deadline of 30 June to inform the Spanish federation (RFEF) to be able to compete as 'Real Madrid' next season. It is also suggested Los Blancos could equip the new team with support staff splitting duties with Real Madrid Castilla. 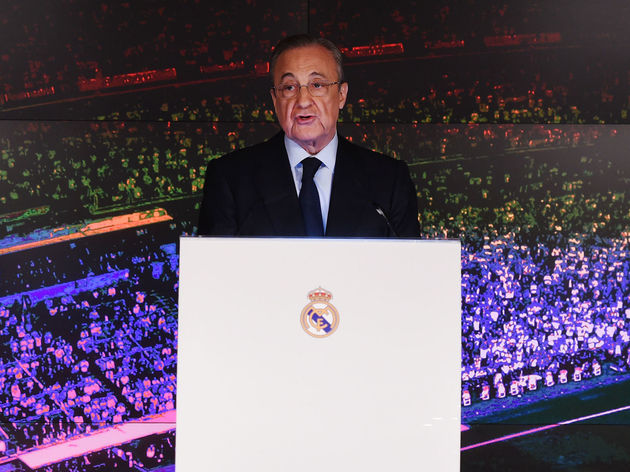 With Real not having had a women's team, until seemingly now, and therefore a notable absence from the European club scene that features all of England's top sides, as well as Barcelona, Bayern Munich and Juventus, one would hazard a guess they surely won't be doing things by half now after finally seeming ready to get involved.

And that could mean signing a 'Galactica', or indeed several, with a potential €2m budget - a sizeable amount as far as the women's transfer market and wages are concerned - that would account for just 0.5% of the whole club's overall annual budget, AS notes.

Certainly, with the growing commercial opportunities in women's football, signing at least one superstar name to instantly get the ball rolling would be a very 'Real Madrid' thing to do. But which top player(s) could they potentially target...? Forward-turned-midfielder Lindsey Horan is currently starring at her first World Cup with the United States after a remarkable individual year which saw her named on the final shortlist for the 2019 BBC Women's Footballer of the Year award.

25-year-old Horan currently plays for Portland Thorns in the NWSL, but has plenty of experience of playing and living abroad after previously spending four years at Paris Saint-Germain. Scorer of five goals at this summer's World Cup, Australia captain Sam Kerr has been heavily linked with a move to Chelsea ahead of the 2019/20 season, with the alleged offer of $500,000 AUD (€305,000) per year that would fit within Real's supposed initial budget.

Having played in the United States since 2015, Kerr is a two-time NWSL Golden Boot winner and the league's all-time top scorer, and she's still only 25 years of age. Danish forward Pernille Harder is a top name absent from this summer's World Cup after her country failed to qualify for the tournament. But it would make the prolific 26-year-old Wolfsburg striker no less of an attractive target for Real Madrid.

Harder has been with Wolfsburg since 2017 and has won a league and cup double every season in Germany. She was also named UEFA Player of the Year in 2018. France captain Amandine Henry has been one of the faces of the 2019 World Cup and marked a stunning opening night at the tournament earlier this month with one of its best goals.

Across two spells with Lyon, Henry has won five Champions Leagues, 11 French league titles and seven domestic cups. The classy midfielder also had a brief spell with Paris Saint-Germain in 2017 after returning to Europe from a stint in the United States. Already based in Madrid after joining Atletico from PSG last summer, Jenni Hermoso is the star of the Spain national team and would be an obvious target should Real look to build their first women's team around a local superstar.

Madrid-born Hermoso, who recently scored twice in Spain's World Cup win over South Africa, has also previously been a prolific goalscorer for Barcelona. Six-time and current FIFA World Player of the Year, Brazil legend Marta would arguably be the ultimate 'Galactica' for Real, even though her career is starting to wind down at the age of 33.

Having been with Orlando Pride since 2017 but seeing the NWSL team struggle, Marta could be ready for a new challenge. As well playing in the United States and Brazil over the years, she has also played for three different clubs in Sweden. Alex Morgan is arguably the most famous and recognisable female footballer on the planet, underlined even further by a record equalling five goals against Thailand at the World Cup this month, with her name and fame also extending far beyond the pitch.

Her global marketability would make Morgan a no-brainer for Real. The only problem is that the USWNT co-captain is a known fan of fierce rivals Barcelona. Would the first port of call for a new 'Real Madrid Femenino' be to knock at the door of the best player in the world, Ada Hegerberg? It's not unthinkable given the club's self-grandiose status.

Hegerberg has scored well over a goal per game for club side Lyon, recently claiming a fourth successive Champions League title. She was also the first winner of the women's Ballon d'Or and thought to be the best paid player in Europe on a yearly wage of €400,000.