W90
WorldNews
Lists
Next Article
Euro 2020: How Italy Booked Their Place at This Summer's Tournament

Copa América Roundup: Argentina Squeak Through to the Next Round as Colombia Finish Unbeaten

Argentina finally secured their first victory of the tournament, beating Qatar 2-0 at a virtually empty

Argentina only had one point through the first two games, but a 2-0 win vs. Qatar sends Messi & Co. to the quarterfinals! pic.twitter.com/9bW6j3N5Ig

After failing to win both of their previous games in the group stage, Argentina knew this game was a must-win if they were to stand any chance of qualifying for the knockout stages.

La Albiceleste started off in positive fashion, with ​Inter striker

Sergio Aguero is the third Argentina international to score 4️⃣0️⃣ goals for his country. 🇦🇷

The Argentinians got a much deserved second goal eight minutes from time, as 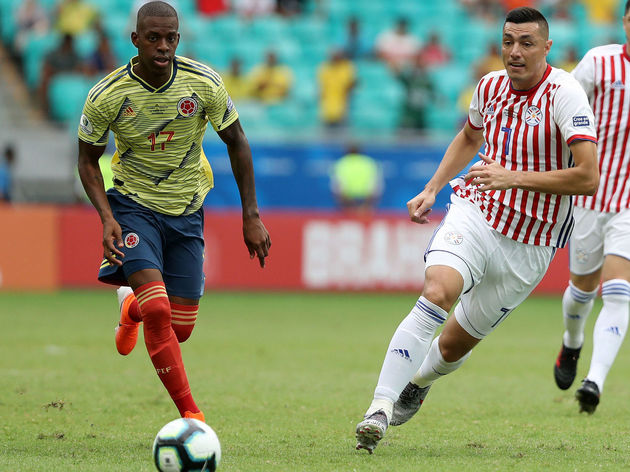 It was Colombia who largely dictated proceedings in the first half. Legendary Monaco striker

VAR has canceled the goal after literally 5 minutes of checking it and it still seemed as he didn’t even touch it with his arm. Very controversial call. It stays 1-0 for Colombia. Paraguay still needs 2 goals to become 2nd.

Los Cafeteros finished as winners of Group C, meaning they will face one of Chile, Uruguay or Japan in the quarter-finals on 28 June. Paraguay, who never really threatened throughout the match, must now wait for other results to see whether they'll go through to the knockout stages as one of the two best third-place finishers.