Luis Aragones: Spain's Most Important Manager, the Atleti Rock and the Modern Father of Tiki-Taka

Luis Aragones is number 40 in 90min's Top 50 Great Managers of All Time series. Follow the rest of the series over the course of the next eight weeks.

​It's hard to know where to start when talking about Luis Aragones. This being a series about managers means we're spared having to dig through his playing career, but...well, Aragones took charge of more Spanish first division matches than anybody, ever.

He managed Atletico Madrid four times. He managed Betis twice. He managed Barcelona, and then his next job was with Catalan rivals Espanyol.

Oh, and he's the most important manager the Spanish national team has ever had. It's a reasonable CV. 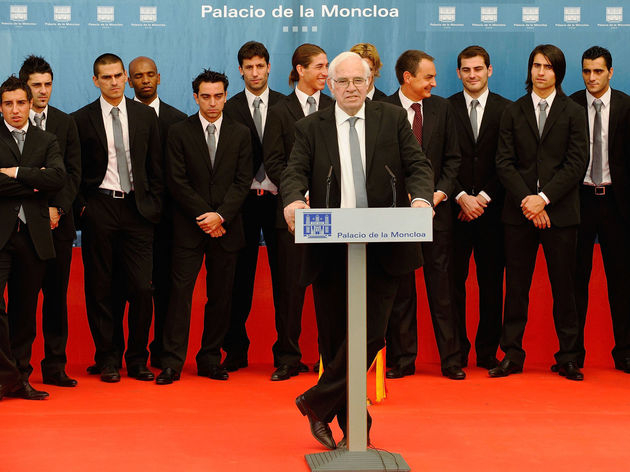 Let's start from the start. Aragones hung up his boots at the age of 36, Atletico Madrid's all-time top goalscorer and bona fide club legend. Atleti were a force at the time, thanks in no small part to Aragones' goals, and were only denied the European Cup in his final season thanks to a last minute 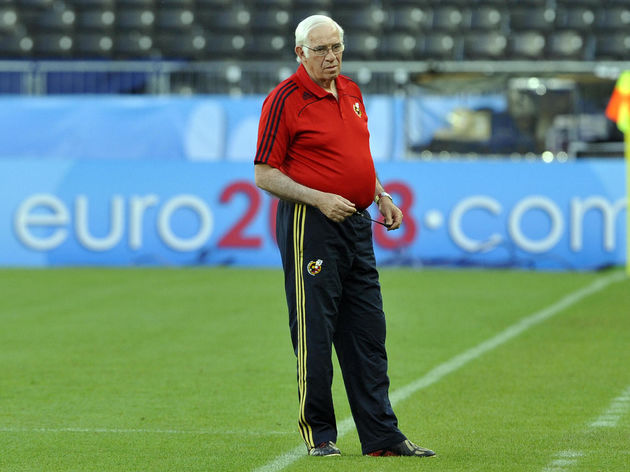 "Now, for the first time in his four-year career at the head of the selección, he has the fans on his side, but he really is walking away. And he does so as the most successful manager in Spain's history."

Sid Lowe on Aragones after Euro 2008, The Guardian

The comments came shortly after Aragones had landed the Spain national team job in 2004. Many called for him to be suspended, or sacked. The RFEF declined to do either. UEFA handed out a sizeable fine, but Aragones remained in post - loudly claiming that he had black friends, and couldn't be racist.

The incident overshadowed the start of his Spain tenure, but faded from memory quickly when La Roja started to be...well, good. Really good. 2006 was one cycle too soon, losing to eventual finalists France in the round of 16, but a style had very clearly developed.

Aragones had begun, 30 or more years previous, as a counter-attacking manager, who later found himself overwhelmed with the sheer number of passers he had at his disposal. He changed, altered, and his Spain team began to dominate the ball like few before them. 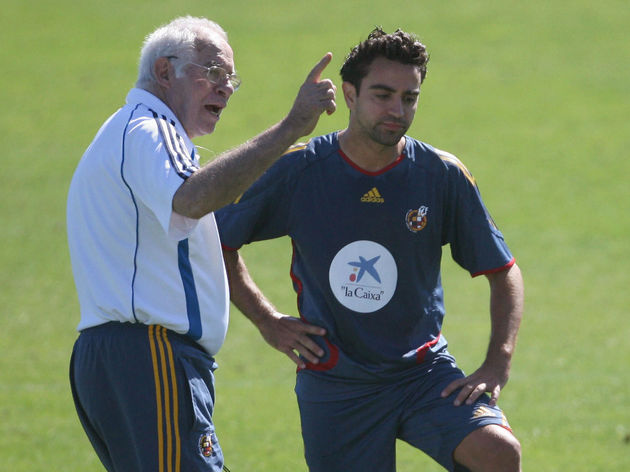 When he went to Euro 2008, he had Marcos Senna, Andres Iniesta, Xavi, Cesc Fabregas, Xabi Alonso, David Silva and Santi Cazorla in his midfield. Tiki-taka was popularised on the commentary of an Aragones-era Spain game, Andres Montes using it when commentating on a 2006 World Cup game against Tunisia.

The foundations that Aragones laid with his style were fundamental in Spain becoming one of the most dominant European teams in history between 2008 and 2013; with Pep Guardiola taking (tik'ing, ahem) up the mantle of passing specialist at Barcelona in 2008, the same summer Aragones stepped down as Spain manager.

He didn't step down without glory though, or lay foundations without ever getting to live in the house. His 2008 European Championship team won Spain's first international title in 44 years, despite losing tournament top scorer David Villa to injury in the first half of their semi-final. 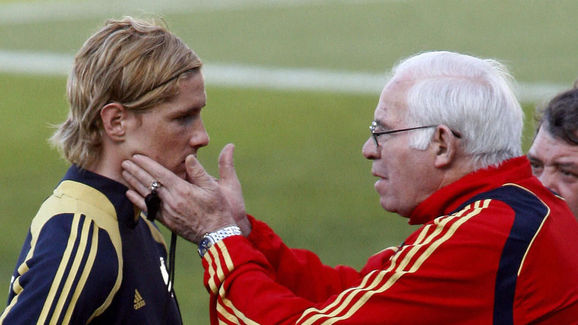 The man who stepped up in his place and scored the winning goal in the final? Fernando Torres, who Aragones had brought through and mentored in his final spell at Atleti. Who Aragones told before kickoff, "Niño, you're going to score today."

Atleti owe Aragones a huge debt. Torres, on that June night in Vienna, went some way to repaying it.