Aaron Wan-Bissaka is set to undergo a medical at Manchester United ahead of his £55m move from Crystal Palace.

The full back, who will become Ole Gunnar Solskjaer's second signing of the summer following the £15m capture of Daniel James from Swansea, will travel to the club's Carrington training ground as soon as he's returned from international duty with England's Under-21s. 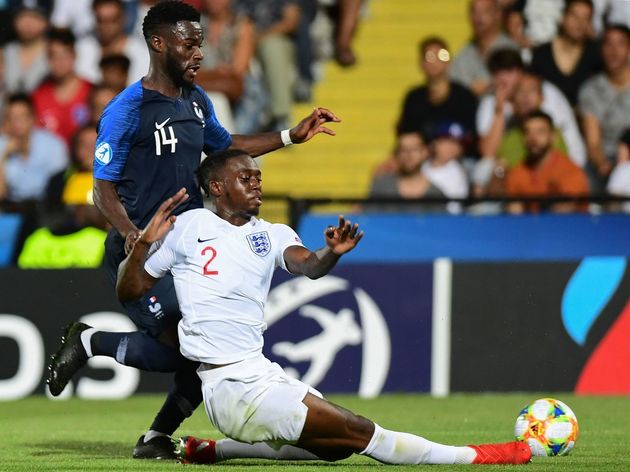 Aidy Boothroyd's side have already crashed out of the European Championships following losses to France, in which Wan-Bissaka scored a last-minute own goal, and Romania in the group stage, with one dead-rubber to be played out against Croatia on Monday night.

And, according Goal, the right back will travel straight to the AON Training Complex to complete his medical upon his return with the rest of the squad from Italy.

Though his exploits in this summer's tournament have not made for particularly good viewing - indeed, he was somewhat controversially left out of the starting XI for that Romania loss following that gaffe - his performances for ​Palace this season did all the talking for United.

He was rewarded with the Eagles' Player of the Season award, upon which boss Roy Hodgson declared: “He’s been outstanding. He had a baptism of fire over a year ago now, playing three of the top six teams in his first games.

There's a LOT to talk about from this game!

"He’s been so good in all of the games. He’s a complete full-back as far as I’m concerned.”

And, with £55m on the table, the Red Devils clearly agree, with Solskjaer keen to make him the club's first choice at right back right from the off.