​Tottenham Hotspur star Christian Eriksen is now considering a move to either Manchester United or Juventus, with Real Madrid seemingly determined to sign Paul Pogba instead.

The Dane is widely expected to leave the club this summer, with Real thought to be his most likely landing spot. However, after spending heavily already this summer, Los Blancos are only looking for one more expensive signing, and reports suggest that ​Pogba is top of their wish list. According to ​The Mirror, ​Eriksen is aware he is not part of ​Real's plans this summer, so he has now begun to consider a move elsewhere.

​Manchester United are suggested as one of his options, with the Red Devils potentially needing their own replacement for ​Pogba, whilst ​Juventus could also be another alternative if they fail to secure their own deal for the Frenchman.

Eriksen was so certain of a move to Real this summer that he packed up all his belongings before ​Spurs' ​Champions League final defeat to ​Liverpool, but has now seen Zinedine Zidane's focus change as the summer has progressed. 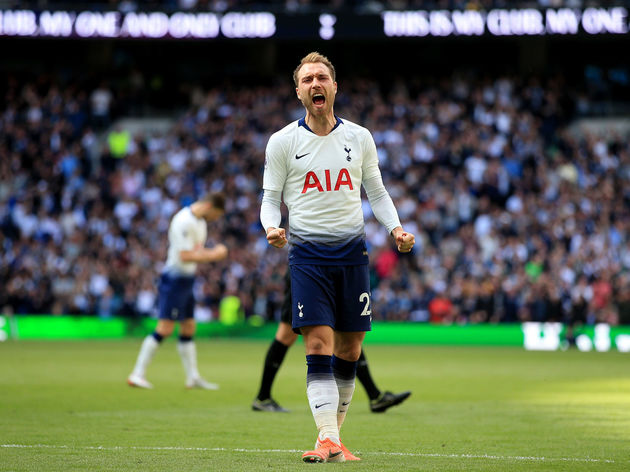 The Dane, who has just 12 months remaining on his current contract, is expected to be sold this summer after failing to agree to fresh terms. However, chairman Daniel Levy is looking for around £100m if he is to sell, which has scared off many potential suitors.

Whilst Real do still admire Eriksen, their hectic summer - which has seen them sign ​Eden Hazard, Luka Jovic, Ferland Mendy, Eder Militao and Rodrygo Goes - means they do not have the money to fund deals for both Eriksen and Pogba. Zidane has chosen Pogba, which leaves Eriksen in a sort of purgatory. The 27-year-old has publicly stated his ​desire to leave Spurs this summer, and it is thought that the club do want to sell him, instead of losing him for free next summer.

His departure would raise significant transfer funds, which would be vital for Spurs' summer plans. The likes of ​Wilfried Zaha, Tanguy Ndombele and Giovani Lo Celso have all been linked with the club, but moves for the trio could all hinge on Eriksen.