​Manchester United have once again been liked with a move for Juventus forward Paulo Dybala, with the Old Trafford club 'willing' to meet his release clause, according to the latest gossip.

Dybala seems to be linked with a move away from Juve every summer, but this time around there is perhaps some basis for it, due to the uncertainty that is likely to come with a change in management in Turin.

With United seemingly willing to spend some money to rebuild their squad - they have been linked with everyone from Sean Longstaff to Mattijs de Ligt in their bid to do so - it's surprising it's taken this long for the Dybala rumours to come to the fore. Just as we might have had grounds for concern that the rumour mill had got bored of this one, however, journalist Ian McGarry has come through telling us the deal is still very much on the table, despite his ​similar report from a month ago not coming to fruition.

“Dybala’s still on United’s shortlist, that’s for sure,” he said on The Transfer Window Podcast, via their​ ​talkSPORT. ​United​Juventus

“That was before of course Allegri’s future was decided and in between, Dybala himself said he didn’t want to make any rash decisions based on now knowing who the incoming coach would be.

“Now obviously that’s been cleared up. But the Copa America is now getting in the way of that particular negotiation.” 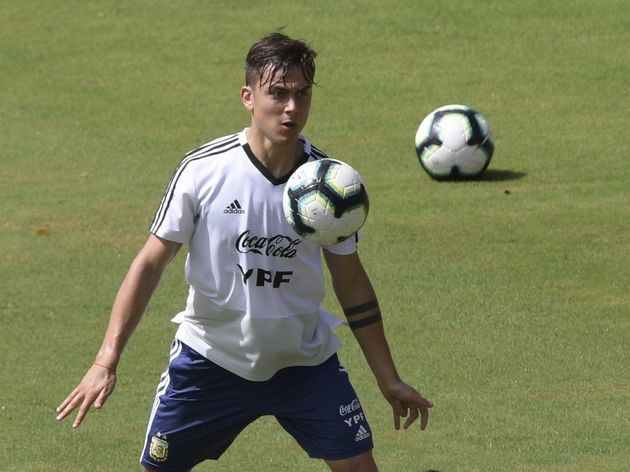 If the tone of this piece hasn't been clear enough, then this should be taken with a pinch of salt. The quotes, of course, read like someone getting their excuses in early, and it should be noted that the same guy reported that Liverpool had ​all-but agreed terms with RB Leipzig over Timo Werner, shortly before it became clear the Reds ​would not be spending much money this summer.

Of course, Dybala could sign for Manchester United in the months to come, but it seems unlikely to be on the table for the time being (much less with a fee already agreed) given how much of their budget is rumoured to be tied up in ​deals for the likes of Aaron Wan-Bissaka.

Should Paul Pogba leave for Juventus or Real Madrid, freeing up substantial funds, that could change.