Sir Bobby Robson is number 41 in 90min's Top 50 Great Managers of All Time series. Follow the rest of the series over the course of the next 9 weeks.​

One of the most iconic quotes in the history of football reveals just what kind of manager, and man, Sir Bobby Robson was.

Sir Bobby Robson, the #ThreeLions’ manager from 1982 to 1990 and capped 20 times as a player, was born 86 years ago today. pic.twitter.com/9BEFYpvxYT

Robson penned these words in his book Newcastle: My Kind of Toon back in 2008, just one year before he would pass away due to lung cancer. One could argue that this statement, more than any other, reflects a wonderful footballing mind who understood the game from a fan's perspective like few people ever have - or ever will. It was this understanding - this genuine love for the game - that endeared Sir Bobby to fans, players and coaches the world over, and has cemented his legacy as one of the great men in football history.

Sir Bobby had a fairly extensive playing career which spanned two decades, playing as a forward for Fulham, West Brom and the Vancouver Royals. He also made 20 appearances for England's national team, scoring four goals.

Of course, Robson isn't typically remembered for his career as a player, but rather his accomplishments as a manager across Europe.

Indeed, it's rare to see a manager have success in multiple countries - especially a British manager. But Robson was cut from a different cloth. Between 1969 and 1982, Robson proved his pedigree as a tactician and motivator, turning Ipswich Town into one of the best teams in Europe. Under Sir Bobby's stewardship, the Tractor Boys won the FA Cup and the UEFA Cup, instantly turning the great man into an Ipswich legend.

With such success at Portman Road, it was only a matter of time before the FA came knocking at Robson's door, and in 1982 he took the reins as the new head coach of the England national team.

His tenure with the Three Lions didn't get off to the best of starts, with England failing to qualify for the 1984 European Championships - despite only losing one match in the qualifying campaign. But it was the upcoming World Cups - in 1986 and 1990 - where Robson endeared himself to the nation.

After being cruely dumped out of the tournament in Mexico to Diego Maradona's Argentina, Robson addressed Maradona's claim that his infamous 'hand of God' goal was the product of divine intervention.

"It wasn't the hand of God. It was the hand of a rascal. God had nothing to do with it... That day, Maradona was diminished in my eyes forever."

Four years later, Robson would take England to the semi-finals of Italia '90, further than any manager had accomplished since Sir Alf Ramsey in 1966 (it took 28 years before that feat would be matched by Gareth Southgate).

Once again, England would suffer heartbreak on penalties to West Germany, but it was Robson's ridiculous yet impassioned jig in the prior win against Belgium, and his subsequent mentorship of Paul Gascoigne prior to the penalty shootout against the Germans, that revealed Robson's heart and compassion and unique understanding of the impact football can have on all of us.

Following his time with England, Robson took his first steps into continental management, joining PSV Eindhoven. It was here that he was first diagnosed with bowel cancer, but successfully defeated the disease after three months of treatment.

Robson moved to Sporting CP in July 1992 where he would begin working with a young interpreter named Jose Mourinho.

After Robson was sacked in December of 1993 - despite Sporting sitting top of the league - Porto moved quickly to sign the Englishman, which proved to be a masterstroke. Robson guided the Dragons to back-to-back league titles, as well as victory over Taça de Portugal 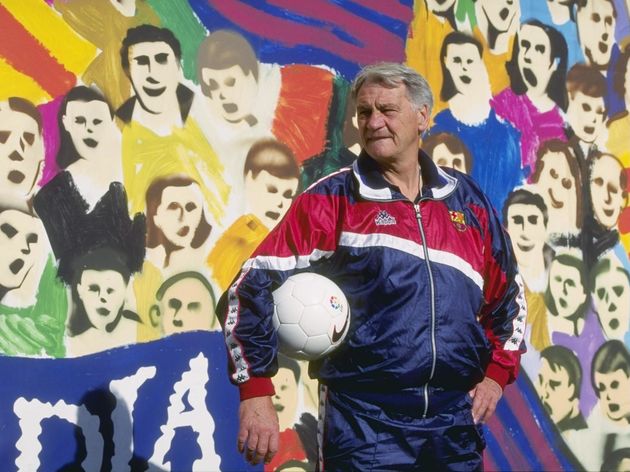 On this day in 1999: Sir Bobby Robson was unveiled as the new #NUFC manager. "I thought Barcelona was a big club but I think this has just pipped that." pic.twitter.com/3Eal7efrPC

"Bobby Robson is one of those people who never die, not so much for what he did in his career, for one victory more or less, but for what he knew to give to those who had, like me, the good fortune to know him and walk by his side."

"In my 23 years working in England there is not a person I would put an inch above Bobby Robson. I mourn the passing of a great friend, a wonderful individual, a tremendous football man and somebody with passion and knowledge of the game that was unsurpassed. His character was hewn out of the coal face, developed by the Durham County mining background that he came from.

"His parents instilled in him the discipline and standards which forged the character of a genuinely colossal human being." Robson was so much more than a football manager. He was a warm and kind soul, a mentor, an entertainer, a trailblazer, a fighter - a legend. Few people have ever had the impact he made on so many people in the world of sports, nor the success he enjoyed at so many different clubs in numerous countries.

Make no mistake - we will never see the likes of Sir Bobby Robson again.

Number 42: ​​Massimiliano Allegri: The Masterful Tactician Who Won Serie A Five Times in a Row