United States qualified for the World Cup knockout stages as Group F winners on Wednesday night, after they beat Sweden 2-0 in Le Havre.

It took the US just three minutes to take the lead, as Lindsey Horan tapped in from close range. A low corner from Megan Rapinoe found its way across the box and through a sea of bodies, allowing Horan to poke home and give USWNT the early advantage in northern France.

A new record has been broken...

Five minutes into the second half, the Americans doubled their lead as Jonna Andersson's

slight deflection helped Tobin Heath's effort in from a tight angle. Despite a VAR check for a possible offside in the buildup, the goal was given and the States saw out the game with consumate ease.

Here's 90min's review of the action. 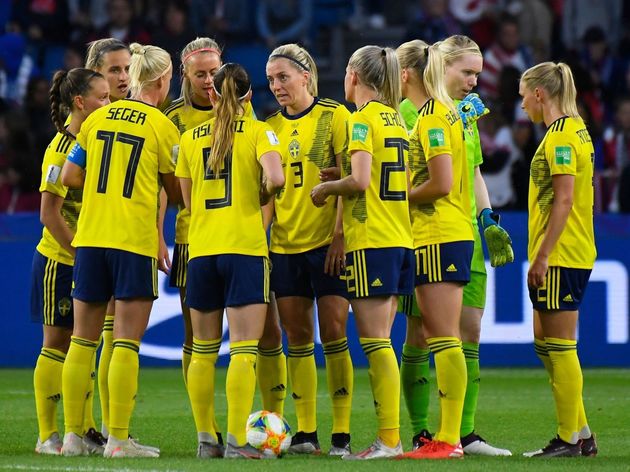 Having already qualified for the knockout phase, Sweden could go into their game with the defending champions under less pressure.

While their performance was far from poor on Thursday, they were outclassed by their superior opponents and struggled to keep up.

The Swedes had their chances during the game, but ultimately were second best against a US side who dominated most facets of the game. They are more than worthy of their spot in the knockout phase, but will know that they'll need to up their game in the latter stages. STAR PLAYER - Stina Blackstenius impressed throughout the game for Sweden, but will be frustrated at her inability to take her chances. Led the line with intent and determination, but is still looking for a first goal at this World Cup. With 16 goals scored and none conceded in their first two games, it was no surprise that the US took the lead within the opening few minutes.

They dominated and dictated play from the outset, and had an element of control over proceedings throughout.

It was another excellent attacking display from the Americans, and they were just as solid at the back, earning their third clean sheet in a row. They will be relishing the knockout stages, and are very much the team in form. STAR PLAYER - There were plenty of excellent performers for the States, but nobodies star shined brighter than that of Megan Rapinoe - who was superb once more.

Not afraid to chase down every ball, her boundless energy drove her team forwards and she was a shining example once more to her teammates. The US advance to the knockout stages as Group F winners, with a perfect three wins from three. They will play Group B runners up Spain in Reims on 24 June, with a quarter-final spot on the line.

Sweden, meanwhile, qualify as runners up on six points, and will travel to Paris to face Canada at the Parc des Princes.