​​Burnley captain Tom Heaton has reportedly turned down a new contract offer at Turf Moor, amid reported interest from Bournemouth and Aston Villa.

The 33-year-old, who has just 12 months remaining on his Clarets deal, impressed after reclaiming his first-team spot last season, earning a call-up to Gareth Southgate's England squad for the Nations League finals. 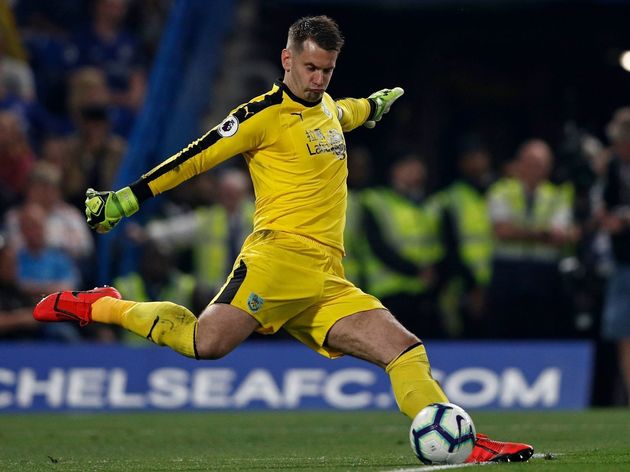 Heaton suffered a dislocated shoulder in September 2017 which kept him out of football for a year, meaning he missed out on playing in the World Cup.

But he was instrumental in turning around Burnley's fortunes last season, after they headed into the new year in the relegation zone.

Sean Dyche is keen to reward Heaton with fresh terms, but The S​un report that both parties have been unable to come to an agreement thus far, plunging his future at the club into doubt.

​Bournemouth and newly promoted ​Aston Villa are both said to be interested in Heaton, given his vast amount of top flight experience. Eddie Howe's Cherries are looking to replace the inconsistent Asmir Begovic, while Villa are on the lookout for a new 'keeper despite handing Jed Steer a new four-year deal. If Burnley are unable to reach an agreement with Heaton, they may look to cash in on him - rather than running the risk of losing him for free next year. The Clarets have Nick Pope on their books, as well as former England number one Joe Hart.

The same report claims that Burnley are also keeping an eye on Rapid Vienna left-back Boli Mbombo, who is also the cousin of Manchester United striker Romelu Lukaku.