Los Angeles FC will face San Jose Earthquakes in the final match of the US Open Cup round of 16, with the winner set to encounter Portland Timbers in the quarter-finals of the oldest ongoing national competition in the United States.

Here's a roundup of all the action that has taken place in the US Open Cup so far. Starting on May 7-8, the first round of the tournament began with 38 teams from USL League One, USL League Two, National Premier Soccer League and eight local qualifiers. 25 teams from USL Championship entered in the second round the following week, with the third round taking place on May 28-29.

Local qualifiers Florida Soccer Soldiers went as far as the third round, defeating Miami FC 2-1 and Charlotte Independence 5-4 on penalties, following a 2-2 draw. They were eventually overcome 1-0 by USL Championship side North Carolina, ending a fantastic run for the semi-professional side, who were founded only last year. 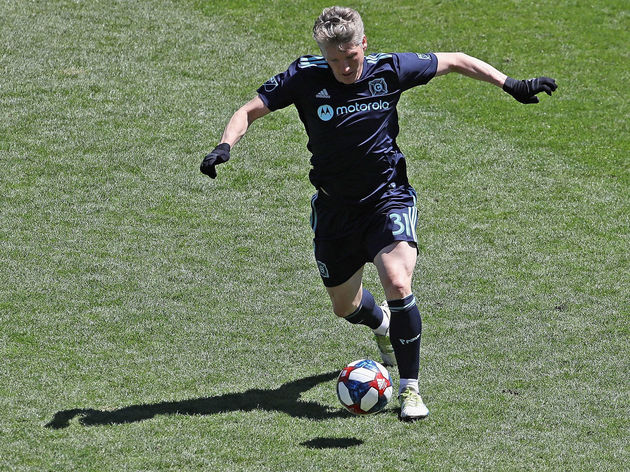 The 21 American teams from the MLS entered the US Open Cup in the fourth round on June 11-12., where there were plenty of dramatic encounters.

New England Revolution defeated New York Red Bulls 3-2, despite being down to ten men. Despite Luis Caicedo's red card, forward Teal Bunbury bagged his second of the game to seal the win in extra time.

There was more drama in Washington, where D.C United scored two goals at the death to overcome Philadelphia United. With the score 0-0 after normal time, Anthony Fontana scored for the away side, before goals in the 118th and 120th minute from, respectively, Chris McCann and ​Manchester United legend ​Wayne Rooney secured a last-gasp win. In the standout game of the round of 16, Portland Timbers defeated an LA Galaxy side, without talisman Zlatan Ibrahimovic, 4-0.

20-year-old Brandon Vazquez elevated himself to joint-top scorer in the competition with a brace for Atlanta United FC against Columbus Crew FC in a 3-2 victory, while Minnesota United fought back from two goals down against Houston Dynamo to win by the same scoreline.

Elsewhere, another Rooney goal could not prevent D.C United from losing 2-1 to New York City FC, while Orlando City SC edged out New England Revolution by the same score after extra time. While Los Angeles FC are yet to play San Jose Earthquakes in their round of 16 game, we know that the winner will face the formidable Portland Timbers in the quarters. Fernandez has seven goals in four starts since joining from Necaxa in Mexico, and he will be a key player to look out for.

Orlando City SC are set to clash with New York City FC, who have lost their recognisable names of previous years in David Villa, Frank Lampard and Andrea Pirlo. However, former Manchester United winger Nani is on the books of Orlando, and with 8 goals in 13 games, he has made a promising start in America.

Atlanta United FC will host Saint Louis FC, and are considered the favourites heading into the match. Former ​Aston Villa goalkeeper Brad Guzan is among their ranks, as well as ​Paul Pogba's older brother, Florentin.