Bruno Fernandes is fast becoming one of the most talked about names of the 2019 summer transfer window.

The 24-year-old scored 28 and assisted 14 from midfield in all competition for Sporting CP in 2018/19, ending his club season by winning the Taça da Liga before lifting the inaugural Nations League trophy with Portugal. Nearly every one of the Premier League's big six have been linked in some regard, as well as many of Europe's other big hitters. However, it is ​Manchester City, ​United and ​Liverpool who regularly get the most column inches in relation to the playmaker.

Collating all the talk so far this week, it would appear to be United who are in the lead in the transfer chase. ​The Independent, in an article about Paul Pogba's future claim, "s 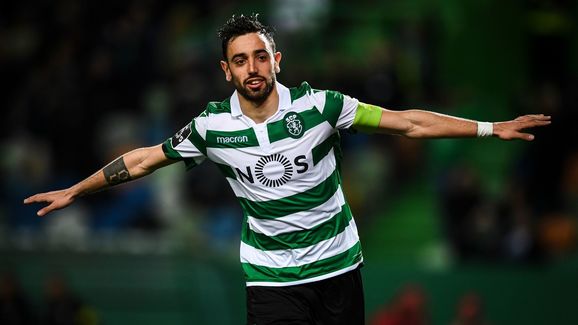 What is clear is that Fernandes is seemingly keen on a move, telling the press:

Interestingly, while the Portuguese media is pushing daily updates on Fernandes' situation, the British press (or at least those in the know) seem to be cold on the rumours.

Begging the question, who actually is keen?

After a standout season Bruno is clearly hot property but the near-constant links to the Premier League appear to hold little water, prompting scepticism that they are little more than the product of agents looking to help generate interest.

Fernandes could well be a very good signing for someone this summer, but an imminent ​Premier League switch seems unlikely.