​Napoli are close to completing the €10m loan signing of Colombian midfielder James Rodriguez from Real Madrid, with the obligation to buy the playmaker for €40m at the end of the 2019/20 season.

The fee that Napoli would have to pay to sign Rodriguez permanently represents a significant loss for Madrid, who bought the player for £63m back in 2014 following his World Cup exploits. According to Gazzetta dello Sport via ​Calciomercato, the deal has been concluded and will be officially finalised after the Copa America, with Rodriguez currently on international duty with Colombia.

Zinedine Zidane and Real have already brought in Eden Hazard

Aurelio De Laurentiis has also commented on the transfer, revealing he doesn't believe I Partenopei need Rodriguez but adding that Carlo Ancelotti has his backing over signings. "I've always said that we need to buy two full backs and a striker. James Rodriguez is wanted by Ancelotti, I am not sure we need him but it's the desire of our manager and it's fair to give him responsibility.

"James is a very good player and that can't be put into question. If Ancelotti wants him I am sure he will be useful. Even if he is very expensive I said 'go head'. If we won't sign him I'll speak with Raiola for Lozano because we can't buy them both." 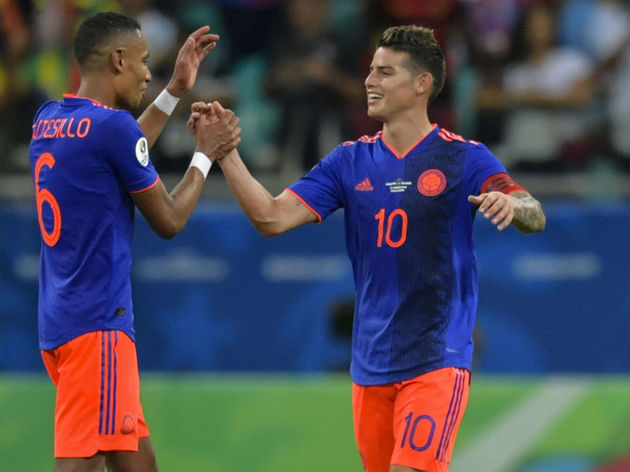 The 2014 World Cup Golden Boot winner has been on loan at Bayern Munich for the past two seasons, scoring on 14 occasions and providing 15 assists in the Bundesliga. During his time at the club, Rodriguez won two Bundesliga titles and the DFB-Pokal, helping Bayern to their 12th domestic double last season.