​Brazil were left somewhat disappointed after they were unable to extend their lead at the top of Group A in the Copa America.

A 0-0 draw with the solid Venezuela side leaves them level on points with Peru, who secured their first win of the tournament on the same night - a 3-1 victory over Bolivia. The hosts are yet to guarantee progression and now face a daunting winner takes all encounter with Peru on Saturday. Despite failing to win either of their first two games in the tournament, Venezuela have secured two goalless draws, two points adrift of the top two in the group.

They will expect to win their final game against Bolivia - who are yet to earn a single point - which would leave them on five points, a point ahead of the loser in the upcoming Brazil vs. Peru match.

Elimination from the competition so early would be a huge disappointment for Brazil, but it still remains a very real possibility. 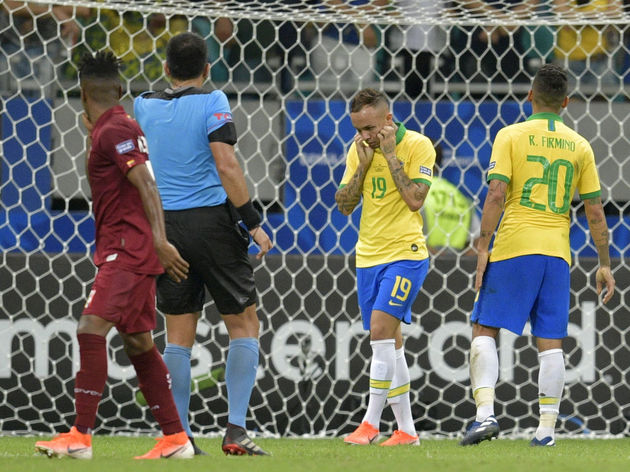 Despite the vast amount of creativity Brazil possess in attack, they were unable to find a winning goal against Venzuela, who are yet to score or concede in the competition.

However, they weren't short of attempts, having had three goals ruled out, as well as missing a series of other chances.

The first of those three chalked off goals came late in the first half when Liverpool's Roberto Firmino thought he'd opened the scoring. Instead, the referee chose to award a free-kick against Brazil following an earlier foul. Firmino was involved again when Gabriel Jesus found the net on the hour mark. Following VAR intervention, the Champions League winner was adjudged to have been standing in an offside position during the build-up.

Third time lucky perhaps? Well, no. Ex-​Liverpool and current ​Barcelona playmaker Philippe Coutinho put the ball in the net once more near the end of the game, only for VAR to rule it out...yet again. 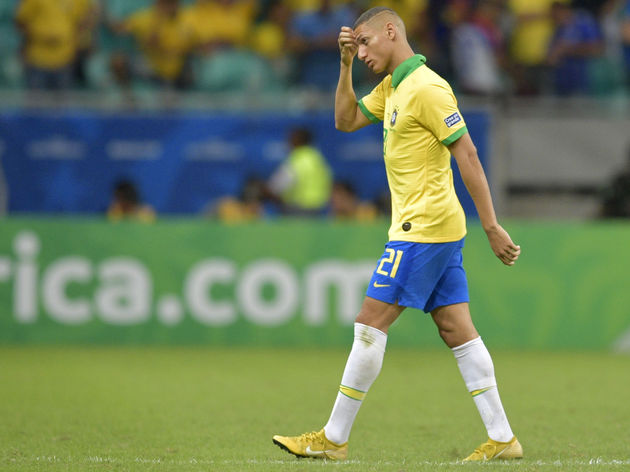 A series of other chances went begging earlier in the match; Ajax's Champions League hero David Neres and ​Roberto Firmino were unable to hit the target, while the likes of ​Richarlison were thwarted by Venezuela goalkeeper Wuilker Farinez.

The ​Everton man was consequently replaced at half-time by ​Manchester City striker Gabriel Jesus, but he too was unable to make an impact on the result.

The 0-0 draw was greeted with boos from fans of the host nation, as they now require a draw with Peru to progress to the knockout stages. A VAR assisted penalty tucked away by Marcelo Moreno in the 28th minute looked like it would set Bolivia on course to victory, but their lead didn't last too long.

Internacional striker Paolo Guerrero scored an equaliser just before the half-time whistle, when he rounded the goalkeeper and finished into an empty net. Everything was to play for entering a the second half. 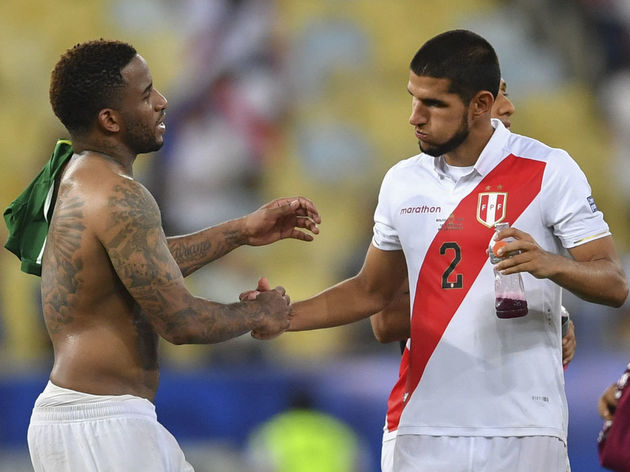 Despite facing the prospect of elimination, Bolivia were unable to hold out for a point, with Peru displaying their quality.

Guerrero played a part yet again when he came up with a crossed assist for former Schalke 04 winger Jefferson Farfan to simply nod home just ten minutes into the second half.

Despite Peru's dominance, the scoreline would remain at 2-1 until the 95th minute, when substitute Edison Flores finished a clinical counter attack to secure a vital three points for Peru - a result which puts them level at the top of Group A with Brazil.