"Barcelona, Real Madrid and PSG," the Independent say, are asking "‘is he worth the hassle?’"

It's become clear this week that Paris Saint-Germain are looking – for the first time – to actively find a buyer for the world's most expensive footballer. It's been almost two years since the French giants paid €222m to bring the then 25-year-old to the Parc des Princes; 684 days, to be precise.

When (not if) Neymar goes for €222m, it'll be the first time in 85 years that the world transfer record has more than doubled in one go

PSG have played 111 competitive matches in that time, and Neymar

He's currently in his ninth – NINTH – spell out injured since arriving. Some of those have been little single-game absences for knocks, two of them have been separate periods of three months out apiece with metatarsal injuries.

He's currently sidelined with a ruptured ankle ligament while Brazil play in the Copa America. He also, although it was covered up at the time, tore an ankle ligament towards the end of last season, before the World Cup.

Players who pick up injuries at this rate often struggle to find consistency and rhythm. They can destroy a career, put somebody light years from their best in the prime years of their career. Neymar, on the other hand, has scored 51 goals and assisted 29 more in his 58 games. That's a far better record per game, by the way, than either ​Kylian Mbappe or ​Edinson Cavani over those two seasons – and he's streets ahead in the ​Champions League.

He's a freak. He excels beyond all reason in just about every attacking metric by which you can measure him. He's a statistical marvel. There isn't a player on earth who can beat opponents like him, and only ​Lionel Messi can match (and probably surpass) his natural talent.

There are a lot of reasons that Neymar might not move this summer. In fact, he probably won't. the two clubs most likely to sign him, Real Madrid and Barcelona, both have a lot of money tied up in other transfers and are struggling to balance their books already. Manchester United might be able to afford him, but is the man who wants Champions League and Ballon d'Or glory going to move to a crisis-ridden Europa League side?

So he probably stays in Paris. Good. Because Project Neymar hasn't been a failure, not really. It hasn't brought a Champions League to France, but that's because referees – and Ligue 1 referees in particular – allow him to get 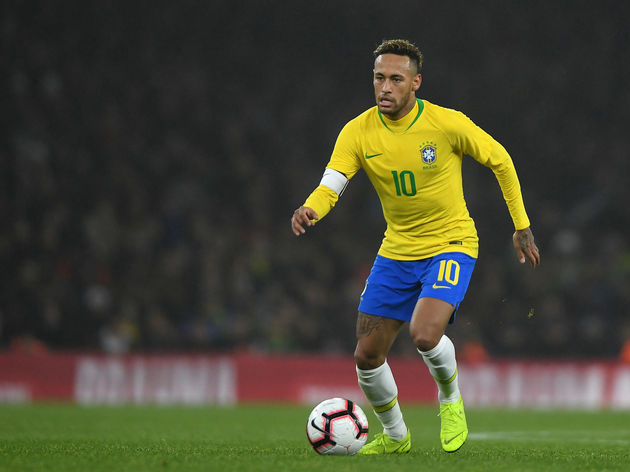