10 of the Greatest Super Subs in MLS History

Philadelphia Union are four points clear with a game in hand in the Eastern Conference, while LAFC are running away with Western Conference, but the fight for a spot in the playoffs is heating up.

The league is ever-growing in terms of interest and ability, but who have been the greatest impact players ever since the league's creation in 1993?

As part of 90min's coverage of MLS, and following up on a similar article we did for the Premier League, here's a look at 10 of the the greatest super subs in the competition's history. ​Starting off with a man who is statistically the most successful substitute in MLS history.

The American forward is most famous for his two spells at LA Galaxy, where he often found himself behind the likes of Robbie Keane, Gyasi Zardes and Landon Donovan in the pecking order, but was an invaluable part of the squad throughout his time in LA.

His 25 goals coming off the bench is a MLS record, having been substituted on over 150 times in his career as a player for Portland Timbers, Chivas USA, Toronto and San Jose Earthquakes.

But it wasn't just his goals, Gordon also always brought something different to the table each time he was brought on, and often a nightmare for defenders to deal with. The Guatemalan ​had a pretty unspectacular career, and a downright disastrous spell at LA Galaxy, but remembered for one thing.

He only scored just two goals for the club in his 24 appearances there, but the one strike he managed in the playoffs just so happened to come in the 2005 MLS Cup final, an extra-time volley to give his side a 1-0 win over New England Revolution as the Galaxy won their second MLS title.

This was in stark contrast to his regular season form of just one goal from 62 shots and became the most unlikely MLS Cup final MVP in the competition's history.

He has since been exiled from worldwide football after being found guilty of match-fixing in 2010. He's had an interesting career to say the least. 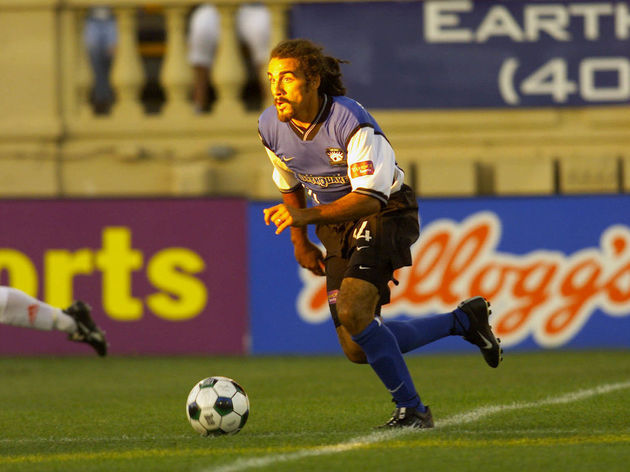 In his first full season at the San Jose Earthquakes, Dwayne De Rosario was a promising young forward still making his way into the team, but it was in the 2001 MLS Cup final where he made his name.

He came on as a substitute and scored the golden goal to beat LA Galaxy 2-1 on aggregate to give the Earthquakes their first title.

The Canadian would go on to have a relatively successful career which would see him named in the MLS best XI six times, but his golden goal 18 years ago is still what he is best known for. 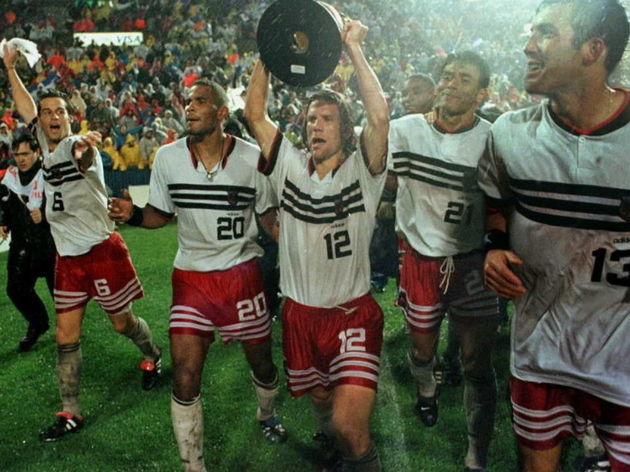 ​In the inaugural edition of the MLS Cup final, DC United were trailing 2-0 to LA Galaxy with less than twenty minutes to go.

All hope looked lost, until Head Coach Bruce Arena decided to bring on Tony Sanneh and Shawn Medved, who both headed in goals to take the game to extra-time.

Eddie Pope scored the golden goal in extra time to give United a historic win, but this match is forever remembered for the super subs turning what seemed like a lost cause around. In terms of goals scored as a substitute, Jeff Cunningham stands only behind Alan Gordon, with 18 strikes to his name from 80 games, as well as seven assists.

The Jamaican is the third highest goalscorer in regular season history, and represented the likes of Columbus Crew, Colorado Rapids and Toronto FC, and made a big impact every time he came onto the pitch, even claiming the MLS golden boot in 2006. The San Jose Earthquakes' legend has some seriously impressive figures when coming off the bench.

12 of his 147 goals have been as an oncoming substitute, which makes his strike rate from the bench better than one in five matches, and the 36-year-old is a still part of the Earthquakes playing squad to this day. A full Costa Rican international since 2002, Saborio's goal scoring record when coming off the bench is nothing short of remarkable.

In his time at DC United and Real Salt Lake, the 37-year-old has amassed 12 goals as a substitute, at a rate of a goal every 58 minutes.

Saborio also a had a brief and forgettable spell at Bristol City during the 2009/10 season and has scored 35 goals in his 108 international appearances. Third in the list of all-time top scoring substitutes in MLS is now retired forward Barrett, who played for a whole host of teams, most notably Chicago Fire and Seattle Sounders.

The American is known for his workman-like performances and is very much a team player rather than a lethal finisher. However, he did manage to score 15 times and grab eight assists when coming on as a replacement. 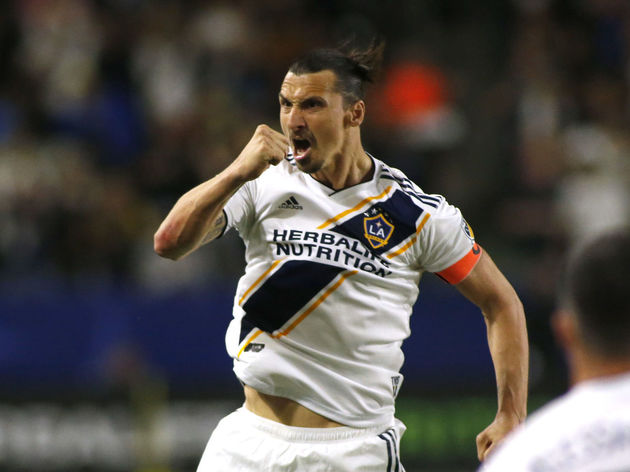 Of all the things that come to mind when you think of Zlatan Ibrahimovic, 'super sub' probably isn't one of them.

However, it could be argued that the 37-year-old has had his greatest impact for the Galaxy coming on as a substitute, despite being the best-paid player in MLS history.

He enjoyed arguably the greatest single substitute performance on his debut, scoring twice against local rivals LAFC, including one outrageous volley, as the Swede inspired his Galaxy side to a 4-3 win after being 3-0 down