Dani Ceballos: 5 Things to Know About the Tottenham Hotspur Target

​The UEFA Euro Under-21 Championships are well underway and there's a number of promising young talents who have already caught the eye.

One of those is Spanish midfielder Dani Ceballos, who got spectators talking when he fired home a long-range strike into the top corner against Italy - a goal which wasn't enough to prevent his nation suffering a 3-1 defeat.

Nonetheless, Real Madrid's promising young talent is attracting attention from other European elites, most notably Tottenham, who perhaps can offer him some more game time than what he might receive with Los Blancos.

Here's all you need to know about the creative central midfielder. Ceballos has spent much of his footballing life with Real Betis, but is originally a product of their local rivals Sevilla.

He joined their youth system in 2004, when he was just eight years old, ​but was released when in 2009, following a five year spell at the club.

As much as they might try, Sevilla can't take full responsibility for his development considering he was only 13 when he left, going on to spend a further two years with local team CD Utrera.

He Suffered From Bronchitis as a Child Considering the extensive amount of running footballers are expected to do, being diagnosed with an illness which largely restricts the ability to do this must massively reduce the chances of that individual going on to make it as a professional.

It looked as if Ceballos would suffer this fate after being released from Sevilla for that exact reason.

However, he was handed an opportunity with Betis where he impressed so much that he signed a professional contract in 2014, while still being a junior. 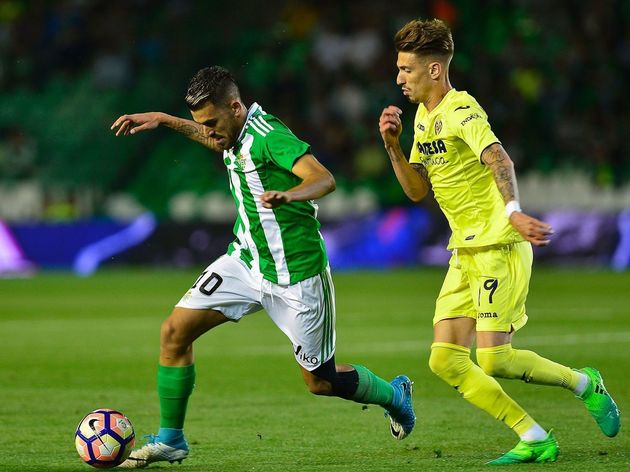 After he signed for La Liga giants Real Madrid in 2017, Betis fans maybe felt somewhat betrayed ​after the club did so much for him in terms of his personal development.

The Estadio Benito Villamarin faithful were not shy of voicing their opinion as they constantly booed their ex-player when he came on as a sub against them at the beginning of this year.

This proved to be a costly mistake by the home supporters, as Ceballos scored a last-minute free-kick inflicting a 2-1 defeat on his former club, after being on the pitch for just 15 minutes.

He Has Starred in a Euro Under-21 Championship Before Ceballos started the 2017 Euro Under-21 tournament in Poland on the bench, perhaps suggesting he wasn't going to have much of an impact ​for Spain.

But after the first game he didn't look back, starring for Spain as they reached the tournament's final.

Despite his country being unable to claim victory, his impressive individual performances did earn him the player of the tournament award.

He Is a Tottenham Transfer Target Having made just 17 La Liga starts for Real Madrid since joining them in 2017, it is his international performances that have largely created a transfer buzz around the midfielder.

One of the sides interested are ​Tottenham Hotspur, who have also been liked with other centre midfielders like Giovani Lo Celso and Tanguy Ndombele this summer as they look to finally replace Mousa Dembele at the heart of their midfield.

If he were to make the move to north London, ​Madrid would likely make a significant profit with a potential sum of €45m being discussed, previously joining his current club for just €18m two years ago.​