​Liverpool fans have had plenty to be pleased with in recent times, and their kits for the 2019/20 campaign largely appear to be the latest boost to the feel-good factor around the club.

With their new home and away kits having already gone on sale, it now looks as if we have a pretty good idea of what their third kit will look like after images were leaked online.

After the strip went on sale early in Brazil, keen-eyed supporter and Twitter user ​@r_nogueir spotted the shirt, took pictures of it and posted them online.

The design of the kit is consistent with both the home and away shirt so we can safely assume this is the real thing, prompting a mixed response from fans on social media.

I vote for no more collars ever lol

The optimists among Liverpool fans believe the shirt could be a lot worse and that the pattern will be more appealing when the players are wearing it, with some going as far as to say PFA Player of the Year Virgil van Dijk can make anything look good.

But others have made what is arguably the strongest criticism possible; suggesting the shirt is a throwback to the Warrior era.

Really? Reminds me of this pic.twitter.com/ixqDyu7mPS

Although not quite as great a mess as Liverpool's white Warrior strip, the pattern on the new shirt has led to similarities being drawn.

Whether you love or hate the third kit, it definitely hasn't had the same all-round positive reaction as the home and away kits had when they were first released.

Fans love the much simpler and cleaner looks of the new traditional red home shirt and white away shirt, raising the question as to why New Balance haven't stuck to this with the third kit. 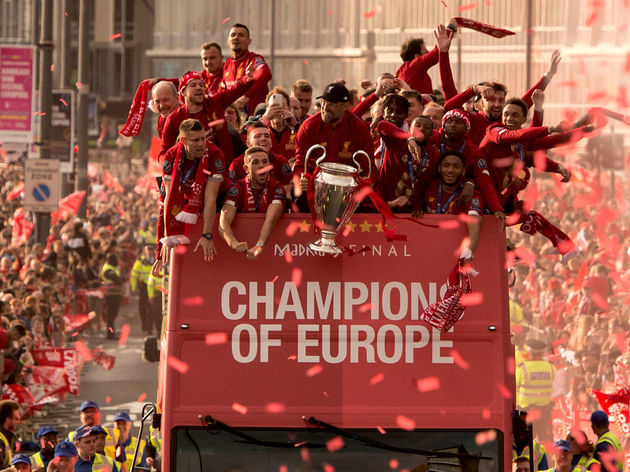 But another user rightly pointed out that kit makers often take more risks when it comes to the third kit with it being the one the team will be least regularly playing in.

So, if you aren't keen on the leaked black shirt then you're in luck, as it will likely only be used when there is no other option.

In truth, with the promising direction ​Liverpool continue to head in, kits will likely be of very little concern to fans who will most desperately want to see their side win the Premier League next season, regardless of what strip they are donning.