How Juventus Could Lineup Under Maurizio Sarri Next Season

​The Maurizio Sarri experiment at Chelsea did not last long, and now he has returned to Serie A to have another crack at the Scudetto, but this time with Juventus.

If you've watched Sarri over the last few years, you know exactly what style of play he is going to bring. His 4-3-3 will be out in full force, and there is the potential for real magic at the Allianz Stadium next season.​ A pretty straightforward one here. Sarri wants his goalkeeper to be composed on the ball, but the most important thing is that he is actually a good goalkeeper.

He does everything that he needs to, and he does it well. That will be enough to earn him a place in Sarri's side. If Joao Cancelo stays at Juventus, he will keep his place in the lineup. However, if he is sold to either ​Manchester United or ​Manchester City, Sarri will be forced to dip into the transfer market, and an old friend has become available.

Elseid Hysaj was linked to Juventus before Sarri even arrived, and those links will only become more explicit now that the former Napoli manager has taken over at the club. He already admitted to DigitAlb (via ​Gianluca Di Marzio) that he wants to leave ​Napoli, and a reunion with former boss Sarri could be too good to turn down.

He already knows Sarri's system, which could be vital in helping the team adjust during the first few months of his reign. Leonardo Bonucci will be Sarri's new Kalidou Koulibaly or ​David Luiz - the ball-playing machine who gives the team a new dynamic.

His passing range is the stuff of Sarri's dreams. It doesn't matter where his teammates are on the field, Bonucci can find them, and his deep through-balls will be a major part of his side's play going forward.

Defensively, he is about as reliable as they come (despite the odd slip-up last season), and he will almost certainly be one of the first names on the team sheet.​ This is a tricky one. Giorgio Chiellini is an incredible defender, and his ability on the ball is often underappreciated, but then Daniele Rugani already has experience of working under Sarri from their mutual time with Empoli. In fact, Sarri played a huge part in making Rugani who he is today, but let's go with Chiellini anyway.

With Bonucci set to be the primary ball-player, Sarri's second defender needs to be solid and reliable, and that is exactly what Chiellini has been for years.

However, expect Rugani to earn plenty of opportunities to impress, before eventually replacing the 34-year-old Chiellini in the long run. 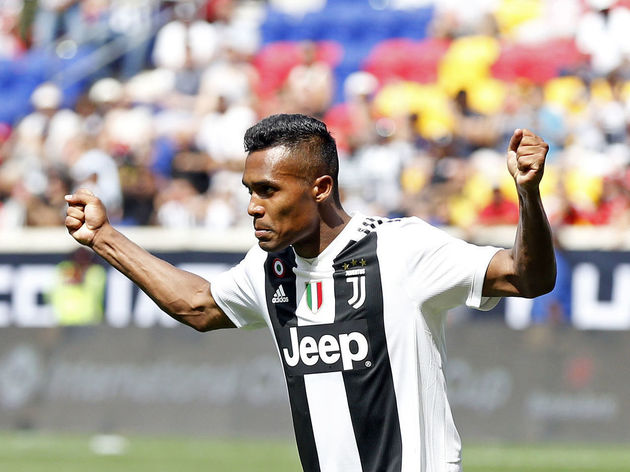 Few at Juventus will be as excited for Sarri's arrival as ​Alex Sandro. The Brazilian lost his way under Allegri, but will be handed a new lease of life next season.

You only had to watch ​Marcos Alonso last season to see how important full-backs are to Sarri. Like Alonso, Sandro will be tasked with bombing up and down the field, before using his skills on the ball to create opportunities for his teammates. It's a good thing that's exactly what Sandro does best.

If you've forgotten why he was once viewed as one of Europe's best in his position, you're about to remember the reason. You know for a fact that Sarri will try sign Jorginho, but let's assume that ​Chelsea won't play ball. ​Mateo Kovacic could be signed, but Sarri needs to give this 'regista' role to Miralem Pjanic.

The Bosnian is the man in charge of setting the tempo of Juventus' play, using his passing and intelligence to keep his side moving forward. He is confident in possession, but primarily wants to pass the ball. He's perfect for the role.

Pjanic is also a competent defender, which will certainly help when he finds himself on the other side of the ball. ​ Juventus don't really have an out-and-out defensive midfielder who Sarri could agonisingly persist with playing out of position, so he might actually pick someone who is well-suited to the role.

That could be Blaise Matuidi or ​Emre Can, but the primary candidate should be Rodrigo Bentancur. The Uruguay international plays with undying stamina and will be able to fly around the pitch to involve himself in all areas.

He may not yet be the most potent attacking threat, but he just needs to be a capable option for now. He isn't the primary goalscorer, so this lack of pressure will only help Bentancur grow. You could argue that this third midfielder - the Marek Hamsik or Mateo Kovacic - is the most important player in Sarri's side. When they are perfectly suited, like Hamsik, they can be devastating. When they are not, the attack can look incredibly stagnant, which was a common criticism of Sarri's Chelsea when ​Ruben Loftus-Cheek was not involved.

Fortunately, ​Aaron Ramsey is the perfect candidate for this role. He is intelligent, both with and without the ball, and his technical ability also makes him a potent goalscoring threat. He can orchestrate an attack, or go it alone if the chance opens up. ​

On paper, this could be a match made in heaven. If Ramsey can adapt to Sarri's demands, he could easily become one of the world's best midfielders. Sarri's right-winger needs to be an energetic threat, and Federico Bernardeschi will fit in well here.

The Italian is comfortable playing in any position in the final third, and his movement will be key to Sarri's side. He won't be Juventus' primary creator, but he will be a reliable option who can create goals when asked.

Truthfully, this could be a position which Sarri looks to improve in the transfer market, but replacing Bernardeschi will not be a major priority.​ "Where's ​Cristiano Ronaldo?" I hear you cry. Don't worry, I haven't forgotten about him.​

​Paulo Dybala has often looked uncomfortable as a winger, which seems like a major waste of one of the world's finest talents. Sarri should look to shift him back to a central role, and Dybala will certainly reward him.

A second-striker by trade, Dybala's movement around the final third will be vital for Sarri, who wants his forward to help create goals. ​Dries Mertens was utterly devastating in this role at Napoli, and Dybala could follow suit. In both or Sarri's previous sides, his best player has been his left-winger. Lorenzo Insigne and ​Eden Hazard were the ball-dominant wingers of Sarri's dreams, but Ronaldo will take that to the next level.

Encouraged to rotate with his strikers, Ronaldo will find himself in the box more than enough to keep on firing in the goals. If Hazard can have his best goalscoring season under Sarri, imagine what Ronaldo can do.​