Antonio Conte is number 44 in 90min's Top 50 Great Managers of All Time series. Follow the rest of the series over the course of the next 10 weeks.

Winning a league title as a manager is hard.

Retaining a league title as manager is even harder.

Moving abroad and replicating that success in a league you are unfamiliar is harder still.

Winning that league at the first time of asking - that's special. 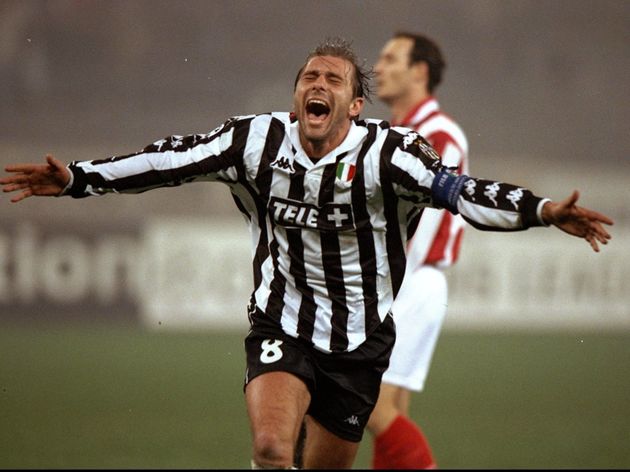 So that is perhaps how we should best describe Antonio Conte. Special.

A fiery, passionate and iron willed central midfielder, Conte has enjoyed a lengthy career at the top of the game - spending the majority of his playing career patrolling the midfield of Juventus to great success.

Under the guidance of legendary managers Marcello Lippi, Giovanni Trapattoni and Carlo Ancelotti, he probably picked up a thing or two en-route to winning multiple Scudetto titles, a Champions League and UEFA Cup, as well as a glutful of Supercoppa Italiana crowns.

Known now as one of the most tactically shrewd managers of the current era, Conte was pretty handy on the field too. You usually have something about you when you make almost 300 Serie A appearances for Juventus alone. Injury would force him out of the quarter-final win over Romania, and Conte's international exploits ended there. Only as a player mind you.

Retirement from the game four years later led to his first off-field role, serving as assistant manager at Siena to Luigi De Canio. 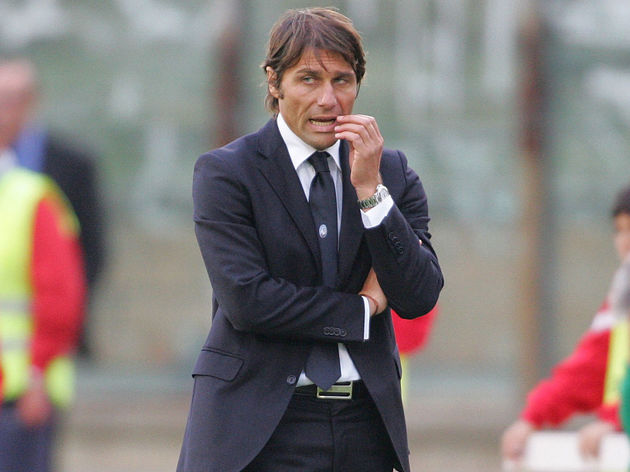 This subtle tactical tweak led the club to promotion by way of winning Serie B - four points ahead of nearest challengers Parma, and a whopping 12 points ahead of third-placed Livorno. In settling on this formation, Conte helped Juventus master a new identity that would form the backbone of what has gone to become an unprecedented era of Serie A dominance for La Vecchia Signora.

The midfield core was equally as important and hinged on the talents of the mercurial Andrea Pirlo. Playing at the base of midfield, his deep-lying playmaker role allowed for more expansive contributions from Arturo Vidal and Claudio Marchisio, as well as Paul Pogba a year later.

Three successive Serie A titles, the third with an unprecedented record points tally of 102, and two Supercoppa Italiana crowns made their way onto Conte's mantelpiece, laying the foundations of a winning mentality in Turin. "The fans in the Matthew Harding Stand spent the second half bellowing Antonio Conte’s name, making it perfectly clear that they have a new hero at Stamford Bridge." Jacob Steinberg, The Guardian (November 2016)

Some five years later, Juventus are yet to surrender their crown - though Conte would play no further part in the club's journey after opting to resign in May 2014, having failed to conquer in a similar vein on the European stage.

A turbulent two-year spell in charge of the Italian national team followed, before he was thrust back into the furnace of club management - taking the reins in 2016 at trigger happy Chelsea, who had steamrolled their way through 11 managers since Roman Abramovich took charge of the club in 2003.

His tenure began with a narrow win over West Ham, but soon he was under the cosh after a dismal performance at Arsenal resulted in an embarrassing 3-0 defeat at the Emirates Stadium - a week after losing to Liverpool at Stamford Bridge.

Remember what Antonio Conte told to his board after his first season at Chelsea: we only have 3 players left that are good enough to compete for a Champions League trophy. You can fill out the names yourself. He squeezed the maximum out of that squad. #cfc

Conte went back to what he knew, and revamped the Blues' style of play - introducing his now famed 3-5-2 formation to devastating effect.

Soon, Chelsea had turned things around and set a new club record of 11 consecutive league wins in a row. By the turn of the year, they were six points clear of Liverpool at the top of the table and on course to win the title - with their playing style and absolute domination earning plaudits from all around.

Relentless in his pursuit of success, Conte refused to let his players take their foot off the gas. They lifted Premier League title at the conclusion of the season - beating neighbourhood rivals Tottenham to the punch by seven points, racking up 93 points after lying eighth in the league at the end of September - six points behind Pep Guardiola's Manchester City. It was a far cry from the dismal league campaign that Chelsea had endured the season before. Defending their fourth Premier League crown, won under Jose Mourinho, the Blues had seemed outdated, past it and a shadow of their former selves as they mustered a 10th place finish.

Now, under Conte and working with a near identical squad of players, they were winners again.