Manchester United Star Has 'Told the Club' He Wants to Leave

​Manchester United striker Romelu Lukaku is said to have informed the club of his wish to leave Old Trafford this summer.

Whilst away on international duty with Belgium, Lukaku hinted that it may be time for him to leave the club this summer, with Inter thought to be incredibly eager to bring him to the club as part of Antonio Conte's summer overhaul. Now, according to La Gazzetta dello Sport (via ​Sport Witness), ​Lukaku has spoken to ​United chiefs and "officially" told them of his desire to leave the club.

His struggles to hold down a permanent position in the starting lineup under Ole Gunnar Solskjaer is said to be one of Lukaku's main reasons for wanting to quit United, having seen ​Marcus Rashford overtake him in the pecking order at Old Trafford.

Lukaku did not start a ​Premier League game under Solskjaer until January, in Solskjaer's seventh game in charge. He struggled to retain his place in the lineup, which quickly sparked talk of a potential exit. The Red Devils' failure to qualify for the ​Champions League also has not helped raise Lukaku's spirits, and a move to ​Inter, who sealed their place in Europe's top competition on the final day of the ​Serie A season, could be exactly what he needs.

However, they do note that the two sides are a long way from agreeing a deal to take Lukaku to San Siro, with the future of ​Mauro Icardi likely proving to be a stumbling block. 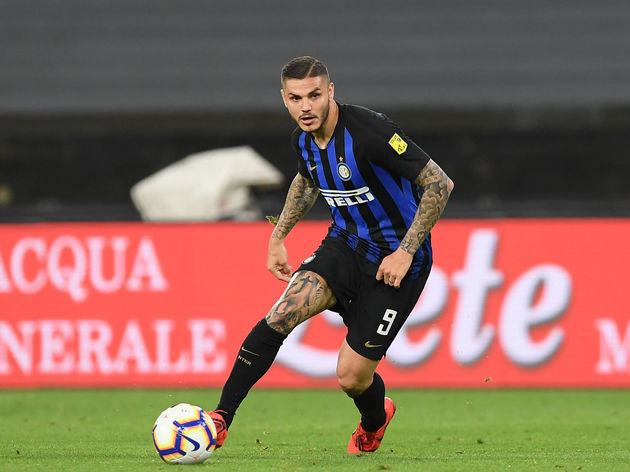 The Argentine is expected to return to Inter for pre-season, which could delay Lukaku's potential arrival. If he can be sold, then things may speed up but, as it stands, that is not the case.

La Gazzetta dello Sport also point to the upcoming friendly between United and Inter on July 20, adding that it is not yet clear which side Lukaku will represent when the time comes.