Frank Lampard: Why Rebuilding Roman Abramovich's Chelsea Empire Is No Job for a Rookie

​Maurizio Sarri departed Chelsea nine days after talisman Eden Hazard signed for Real Madrid. With a two-window transfer ban meaning the Blues will be unable to sign any players for next season it seems that Roman's empire is in danger of falling.

​Frank Lampard is the overwhelming favourite to take the reins. Chelsea's all-time record goalscorer enjoyed a steady first season in management with Derby County, but is this really the job for a rookie?

Just so we’re clear; I 100% support Frank Lampard while he’s the Chelsea manager but at the same time I 100% think it’s the wrong time for him to be managing the club.

Despite having some star quality in their team ​Chelsea haven't been involved in the title race for the last couple of seasons. Without the ability to sign players it's difficult to see who will step up and fill the gap left by Hazard's departure.

Last season Chelsea had forty-one young players out on loan. It seems that Chelsea will be forced to give some of these talented youngsters a chance in the first team next season, but it's a risky strategy. An influx of young players would have a far better chance of succeeding with an experienced head guiding them.

Frank Lampard coming in as our next manager. Not as excited as many. Wish the squad was better, wish he had more experience.

I love Frank & I will back him. But, I will be judging him fairly as a manager. He will not get a pass because of what he achieved as a player here.

In the dressing room their leaders such as John Terry and Didier Drogba have long-since departed. Leadership needs to come from somewhere and throwing an inexperienced manager into the mix is not the way to achieve it, regardless of his playing career.

There's no room for sentiment in football and it's important that these big decisions are made with the head, rather than the heart. It's eight years since they last fell into this trap.

Porto had just won the league title, dropping only four points all season. They were managed by José Mourinho's former assistant André Villas-Boas. It was written in the stars that a Portugese coach arriving from Porto would be a good fit at a club that had struggled to replace "the special one" - AVB was sacked after eleven months. 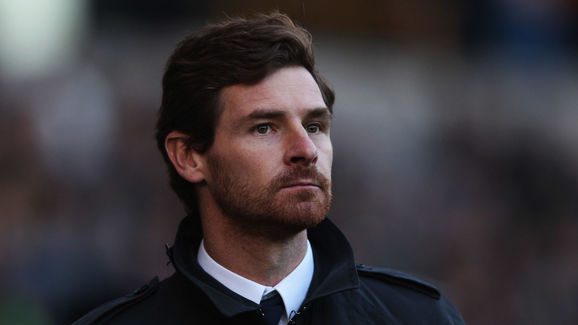 Lampard enjoyed a decent season at ​Derby, finishing 6th and taking the Rams to Wembley where they lost the play-off final against Aston Villa. But with just one year of managerial experience under his belt a job as big as Chelsea will be biting off far more than he can chew.

Chelsea runs through Lampard's veins and if the call comes, he will answer. In this testing time for a club that has won more trophies than any other over the last fifteen years it feels like they need more.

This could be a managerial appointment that happens one day, but this is not the time or the place for Lampard to put his reputation on the line. It would be beneficial for both parties to put this arrangement on hold for now.