Manchester City are looking to offer Benfica a loan-back deal in an attempt to tempt the Portuguese side to part with wonderkid Joao Felix ahead of rivals Manchester United and Atletico Madrid.

The 19-year-old striker has been on red hot form for club and country this season, which has led to a number of clubs looking to secure his services, whose release clause is rumoured to be around £105m. 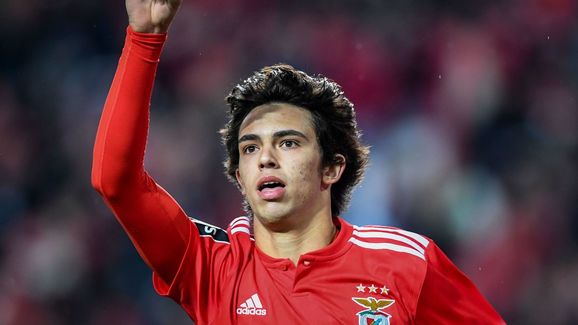 It was initially thought that ​​Atletico Madrid had the upper hand in securing a deal for the striker by assuring the youngster that he would be granted first-team football if he made the move over to Spain.

The loan-back option comes following hints by the Lisbon club that they were hoping to broker a deal that would allow the striker to spend one more year in the capital. The Premier League champions hope that this offer will put them in pole position to secure a deal for the striker, as they look to find a backup for ​Sergio Aguero in the next few seasons.

City will hope that the loan-back offer will enable a strong negotiating stance that could see the Citizens pay less than the £105m that Benfica are demanding.

In 43 appearances last season, the striker scored 20 goals and assisted his teammates 11 times.