​Liverpool forward Mohamed Salah has decided to stay at Liverpool in the short-term despite reported interest from Real Madrid and Juventus, but will review his situation after his third year on Merseyside, according to reports.

The Egyptian is one of the most valuable players in the world at present, after putting to bed any suggestions that his remarkable first season at Anfield may have been a one-season fluke. Firing 27 goals in 52 appearances on Liverpool's way to winning the Champions League and registering a club record 97-point haul in the Premier League, he has taken his total to 71 goals in 104 appearances for the Reds.

What would you buy him as a present, @LFC fans? 樂 pic.twitter.com/5gKkPtt63J

Such impressive form comes at a price, however, even for the European champions. ​Liverpool have been subject to much speculation that the 27-year-old could be off to one of ​Real or ​Juve this summer, with both sides facing significant summer rebuilds.

If he does decide to move on from Anfield, however, the ​Mirror report that it won't be this summer. The Egyptian feels he has unfinished business in the Premier League, and wants at least one more crack at the Premier League title before cashing in on a mega-money move away.

The newspaper says that, having just won the biggest trophy in European club football, he has decided that 'the timing isn't right' to leave this summer, although he has some reservations about his long-term situation, and will perhaps consider a move away depending on how the Reds fare next season. 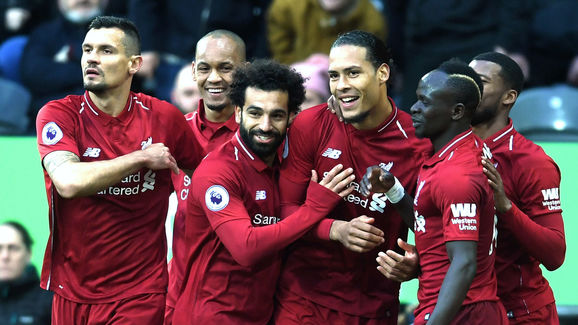 For now, however, it seems he will be staying where he is, and those of a Red persuasion will be hoping that his decision next summer - whatever it proves to be - is influenced by another winner's medal or two.