​Arsenal are preparing a third bid to sign Lorient forward

Reports from France claim that upwards of ten other clubs have Claude-Maurice on their radar this summer but the 21-year-old Frenchman prefers a move to the London, as the Gunners look to sign a versatile player to replace the departed Danny Welbeck.

The French Under-21 international has enjoyed an impressive season in Ligue 1 where he has managed to net 14 goals in 35 starts for Lorient. Despite interest from clubs such as

According to ​Get French Football, Claude-Maurice is tempted by the move to ​Arsenal and has already agreed 'provisional terms', but the Gunners would need to up their offer to €20m (£17m). A third bid is now expected 'imminently' after two were already rejected by Lorient.

Alexis Claude-Maurice wants to move to Arsenal but ten other clubs are trying to sign the Lorient forward this summer. West Ham had bid rejected last month. Lorient want at least £16m

Alliadiere is quoted as saying: "For the money that we talk about I think he’ll make it. It’s about taking a gamble now when other teams aren’t prepared to. ‘The market has gone so crazy in the last few years. If you want a top-level international it’s nothing cheaper than £40m."

"He’s a good player and has really good qualities. 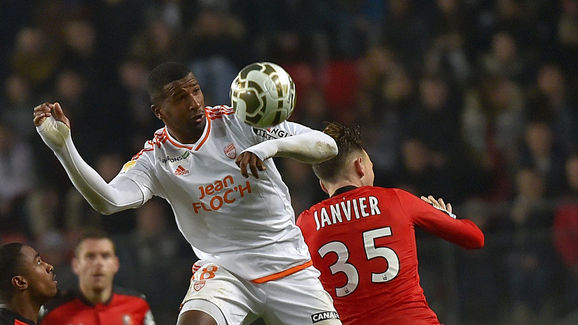 The Gunners will need to spend wisely on players in order​Pierre-Emerick Aubameyang​Alexandre Lacazette.