Aston Villa are interested in signing Brighton captain Lewis Dunk this summer, as they look to bolster their squad for the upcoming season.

The Villans are back in the top-flight after securing promotion via the Championship playoff final, beating Derby County 2-1 at Wembley thanks to goals from Anwar El Ghazi and John McGinn. 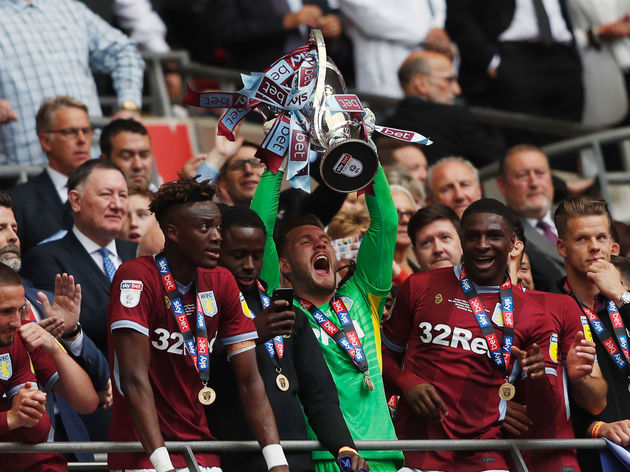 Dean Smith's side have already forked out a club record fee to sign Brazilian forward Wesley Moraes, and ​The Sun suggest that Villa are now looking into the possibility of recruiting Dunk, Stoke goalkeeper Jack Butland, and ​Sout​hampton's Matt Targett.

27-year-old Dunk took over captaincy duties at the Amex Stadium last season, and was an almost ever-present for ​Brighton - playing 36 out of the possible 38 games in the ​Premier League.

His assured performances at the back did not go unnoticed, despite Brighton's struggles, and he was rewarded with a call-up to Gareth Southgate's England squad last Autumn, making debut against USA in November.

Viewed as an indispensable member of Albion's side, it's unlikely they will want to sell - but Villa will see any potential arrival as a huge coup in their bid to stave off relegation next season.

England goalkeeper Jack Butland, currently playing for Championship side Stoke, is another target for the Midlands based club, and he is reportedly valued at around £20m - just shy of the figure Villa have paid to bring Wesley to the Premier League. Matt Targett, meanwhile, could cost upwards of £10m from Southampton, and would provide additional resource at full-back - competing with Neil Taylor for a first team spot.