There's no use pretending the Potters can afford their wage bill long term under the strict Championship FFP restrictions so there's not a lot of money to spend for the new boss. What He Brings: The emergence of Tom Edwards has softened the load somewhat but Stoke need more attacking full backs to implement Jones' vision. Pape Souare brings great pace, physical strength and a wealth of experience to an area where Stoke are currently lacking all three.

He was sidelined for a long period following his accident and never regained his place at ​Crystal Palace but the sporadic appearances he has made since show he still has the qualities to improve Stoke.

Availability: His contract is up this summer so he could be available for nothing. What He Brings: A third and final recruit in the full back position offering an experienced option on Edwards' preferred side. The Argentine can also be deployed as a winger which will make him an ideal fit for Stoke's new wing-back role.

He also brings a great deal more wisdom than the young Edwards which could be crucial in tough encounters that require more discipline. He's no stranger to being a rotation player either which is ideally what Stoke are looking for on that right side.

Availability: Schelotto spent the second half of last season on loan at Serie A side Genoa, so ​Brighton are definitely open to him departing. He also has just one year left on his contract. What He Brings: Composure, control and the ability to pick out a pass, things that have abandoned Stoke at times in recent seasons. Calming the midfield down and bringing their game back to basics.

Mo Diame has eight years Premier League experience as well as relevant promotion experience with ​Newcastle. He probably won't bring the energy of likely departure Joe Allen, but he can offer a key anchor for Stoke's attacking players to get forward.

Availability: At 32, he was released by Newcastle this summer despite making 29 Premier League appearances for the Magpies last season. 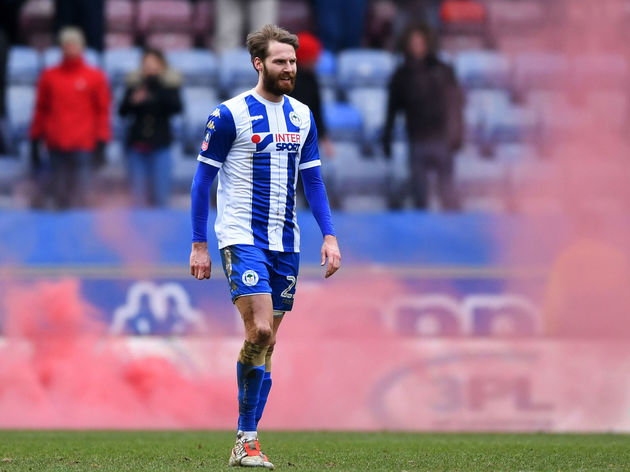 What He Brings: The enigmatic attacker has a lot of skill in his locker but he all too rarely applies it in games. That has seen his career stutter a little since a meteoric start but there is a diamond in that rough and it could also be the ideal formation to bring it out.

He likes to play just off the striker and with the potential dual aerial threat of Sam Vokes and Benik Afobe he should have plenty to feed off in that area. He possesses the touch and the vision to prove a real lynchpin in Stoke's new attack if Jones can get the performances out of him.

Availability: It's another free deal and a likely looking one with Stoke reportedly already tracking Powell. ​Wigan will make one last push to retain their man but rumour has it his head is already turned. What He Brings: Hopefully goals. Scott Hogan became hot property after scoring 21 goals in his first 33 Championship appearances and could rediscover that touch for Stoke. The Potters are crying out for a poacher with no shortage of balls going into the box but precious few opportunities actually created them.

Hogan recently tweeted he could bag 25 goals with enough game time so his confidence has clearly not taken a knock despite a torrid time at ​Aston Villa. Two goals from eight appearances on loan last season suggest he could still hit double figures at least in a full league campaign. Something no Stoke player has managed for three years.

Availability: He certainly looks surplus to requirements at Villa since their promotion and the Villans could be convinced to take a cut price for the forward to free up some room on the wage bill.