​Bayern Munich are reported to have held a 'secret meeting' with the representatives of Bayer Leverkusen star Kai Havertz this week, although the Bavarian side's chairman has admitted that a deal will likely have to wait until 2020.

The attacking midfielder enjoyed a tremendous season in the Bundesliga, scoring 20 goals in 42 appearances, and has long been reported as one of the centre-pieces of Bayern's forthcoming summer makeover.

They have already completed the signings of defenders Benjamin Pavard and Lucas Hernandez, and ​TZ report that prior to Germany's 8-0 win over Estonia on Tuesday - for which Havertz was an unused substitute - they moved to make the 20-year-old their next addition. Neppe is believed to have hung around to watch the match, hoping to no avail to catch a glimpse of Havertz in action for his national side, but it seems he left empty handed on all fronts.

That's because ​Bayern chairman Karl-Heinz Rummenigge admitted afterwards that, while the club are interested in Havertz, he has been informed by Leverkusen managing director Rudi Voller that if a deal is to be done, they will have to wait.

"I asked Rudi how Leverkusen plans with Kai Havertz," Rummenigge said. "He told me 'there is a decision in Leverkusen with the Supervisory Board that the player will definitely play in Leverkusen next season.'" 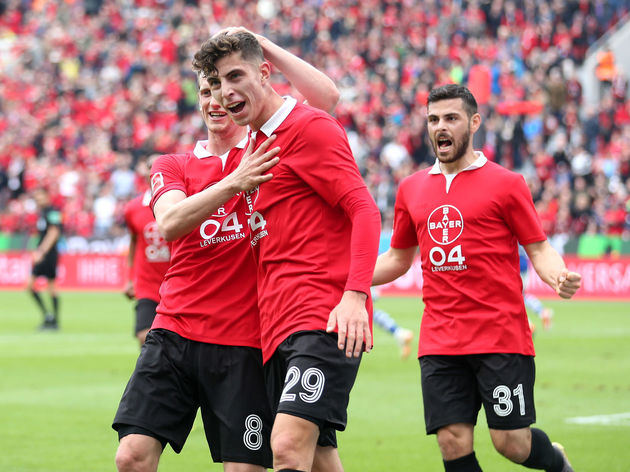 Meanwhile, Bayern have also ​emerged as a contender for the signing of Belgian winger Yannick Carrasco, rivalling Arsenal for the 25-year-old.