Bill Nicholson played a major role in Tottenham's title winning 1950/51 season as a player, and masterminded the side as manager to the same honour ten years later.

Given his legendary standing at the club, it's easy to understand why he's called Mr Tottenham Hotspur.

His story is not one of luxurious travel, million pound transfers, or high profile disagreements with his players.

Instead, it's the story of a manager who transformed Spurs from a team languishing First Division into title winners less than three years later. A man who left such a massive footprint on the club he devoted his career to that he's still revered to this day as a god in north London. 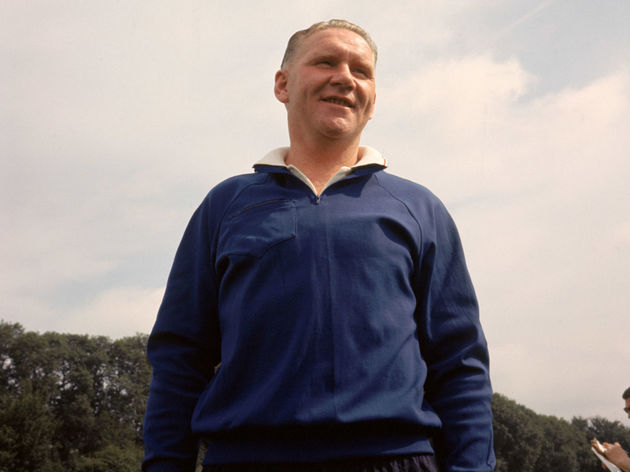 “Any player coming to Spurs whether he’s a big signing or just a ground staff boy must be dedicated to the game and to the club. He must be prepared to work at his game. He must never be satisfied with his last performance, and he must hate losing.”

His beginnings were humble, to say the least. Born the eighth of nine children in Scarborough, Yorkshire in 1919, he worked fleetingly in a laundry before being invited for a trial at Tottenham aged 17. He nailed the job interview, and played his first league game against Blackburn in October 1938.

Nicholson's playing career had highs of Second and First Division title triumphs, and the low of leaving his club for the Durham Light Infantry at the beginning of the Second World War in 1939. Well, we say a 'low'; while it cost him roughly around half of his playing career, Nicholson credited his time during the war as a major contributing factor to his famed man-management expertise that served him so well in his later years. 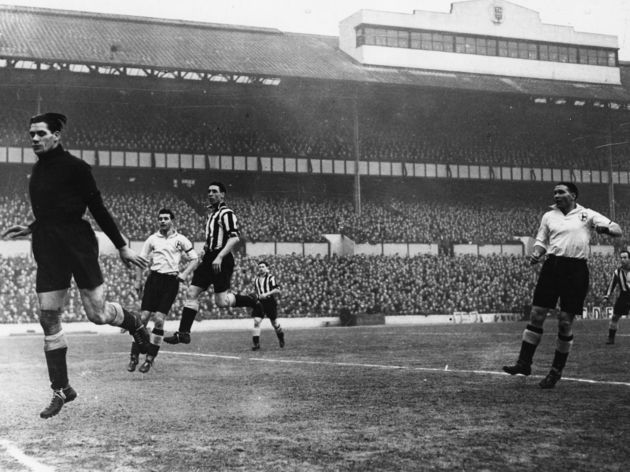 When he retired as a one club player after making over 300 appearances for Tottenham, primarily as a half back, he enrolled in a Football Association course and was employed at Spurs as a coach, becoming a first team coach in 1958 and even assisting England boss Walter Winterbottom at the 1958 World Cup.

He showed his tactical nous while with the Three Lions, helping the national team grab a 0-0 draw against eventual champions Brazil with his analysis of Selecao legend Didi, and he was named as J

The dynasty he would go on to build at White Hart Lane is still viewed as Tottenham's greatest ever period.

Ok, it's not exactly comparable to Manchester United, Real Madrid or Bayern Munich, but the fact remains: Nicholson implemented a style of play that made Tottenham appealing to the masses, a style he inherited from fellow Tottenham legends Arthur Rowe and Peter McWilliam.

Luckily for Bill, he had a squad that could take the 'push and run' principles drilled into him by the aforementioned duo and turn their advantage into trophies. He had strikers in Bobby Smith and Les Allen who were lethal in front of goal, demonic wingers in Cliff Jones and Terry Dyson who also took their fair share of chances, and the perfectly weighted midfield combination of elegant captain Danny Blanchflower and rough 'n' ready powerhouse Dave Mackay.

Blanchflower was a veteran of the game when he led Tottenham to the title, having previously been dropped due to his lackadaisical defensive output, but Nicholson soon reinstalled the Northern Irishman as his captain, and the league and cup double followed in 1960/61. That double was the first of the 20th century.

And that's what Nicholson is perhaps most famous for; he wasn't an overly revolutionary manager, his lasting legacy is not as a tactical innovator who pioneered Gegenpressing or Sarri-ball, it will be his impeccable judge of character and intelligence in the transfer market. He was able to recruit the players he needed while getting the best out of those already at the club. 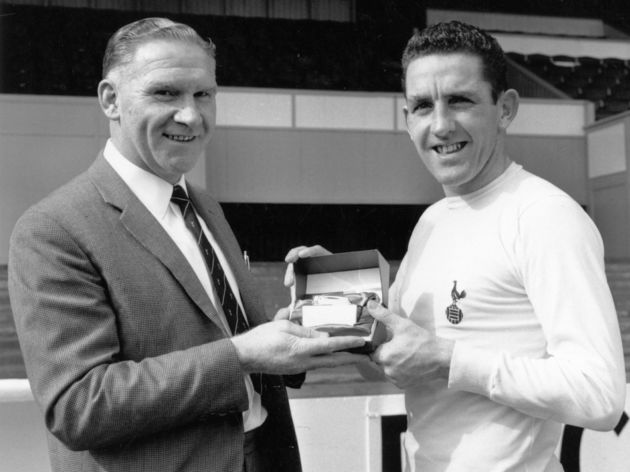 Tottenham would do well to follow such a philosophy this summer.

Spurs couldn't retain the title the following season but they did keep hold of the FA Cup, and success on the European stage came the year after in the form of the

Tottenham won 5-1. Nowadays, if you suggested Tottenham could beat Atletico Madrid by four goals, you'd be laughed out of Enfield. But that's how good Spurs were at the time. He never gave much away to the press and always looked like a man unwilling to shake his stern, classically Yorkshire exterior, but Nicholson remains the benchmark for Tottenham managers, and his achievements at the club may never be surpassed.

“It’s been my life, Tottenham Hotspur, and I love the club.”

Number 48:​ Claudio Ranieri: A Ridiculed Tinkerman Who Masterminded One of Football's Greatest Ever Achievements