Real haven't beat around the bush whens it's come to getting the business done, having spent around £300m on five players already. New signings Eden Hazard, Luka Jovic, Rodrygo, Éder Militão and Ferland Mendy are through the door and reports suggest further purchases will be made throughout the next month.

If Zidane is to sign the likes of Paul Pogba or Christian Eriksen, then he will need to move on a number of players in order to free up some room in the wage department.

Lets take a look at five stars who should be moved on in order to keep the restoration project flowing. The Brazilian has been an incredible servant at the

However, now at 31 years of age and with reports circulating that a move to ​Juventus is a possibility, Real could cash in on the left back while the interest is hot. New signing Ferland Mendy who arrived in a deal worth £47m from Lyon plays in the same position and has signed a contract keeping him at the club until 2025.

If ​Marcelo is keen to link up with old pal ​Cristiano Ronaldo then now seems like the ideal time to part ways and free up his reported £200,000-per-week wages. A poor season has led to reports that the hierarchy in Madrid are willing to listen to offers for the Spaniard. He's made 277 appearances for Real, playing a part in 100 goals - scoring 48 and assisting 52.

​Isco struggled for game time under Santiago Solari and although he did got more chances to play with the arrival of Zidane, he only started six of the Frenchman's 11 matches in charge. This doesn't exactly ooze confidence in the playmaker from the manager's side, so putting Isco on the market should be a good move for both club and player.

The tough part will be convincing Isco to leave as it has been reported that the midfielder wants the stay in Madrid to prove his worth. This, along with the fact that his girlfriend is also expecting a baby, has added to his desire to stay in the Spanish capital. 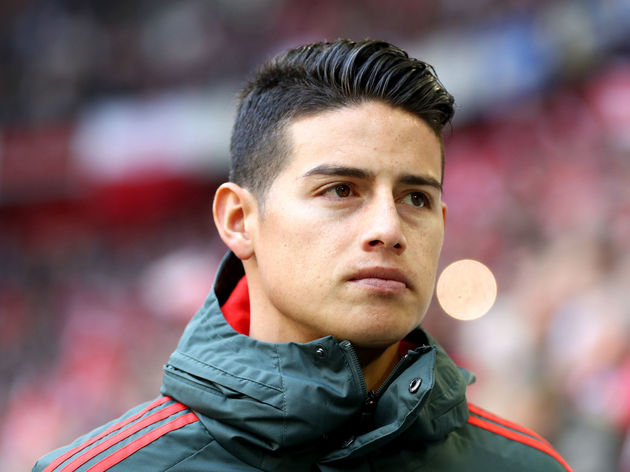 After a two-year loan spell at Bayern Munich which initially seemed like a stellar piece of business by the Bavarians, James Rodriguez has found himself out of favour and without a club that wants him, as Bayern declined the offer to sign the Columbian on a permanent basis.

It was Zidane who deemed Rodriguez surplus to requirements two years ago and Real are actively looking to offload the playmaker in a cash deal, rather than on loan. ​Calciomercato have reported that ​Napoli's offer to take him on loan has been rejected and The relationship between Gareth Bale and Zidane is virtually non-existent at present and it's high time both of them man up and put their differences to rest.

Bale is obviously an exceptional talent and for whatever reason Zidane doesn't see him in his future plans. The Welshman's astronomical wages and his contract until 2022 seem like the sticking point in getting a a permanent deal away from the

An idea which has been floating around is that of a loan deal where his new club pays the 27-year-old's £480,000-a-week wages.

Of course there are few clubs which can afford these figures and the fact that ​Bale doesn't want to leave Madrid is also an issue. However, taking the transfer fee away and figuring out a loan move would be best for ​Real, freeing up a large amount of money and also getting the forward playing football again.