The impact of ​Chelsea's transfer embargo is starting to become clear as the Blues give up on their plans for Barcelona outcast Philippe Coutinho, leaving the path clear for Paris Saint-Germain.

The English side were handed a ban lasting two transfer windows in February by world football governing body FIFA, after breaching rules regarding the signing of youth players. Superstar Eden Hazard has since departed the club in a £150m switch to Real Madrid, with the west London outfit currently powerless to bring in a replacement.

​The Sun report that Coutinho was amongst a list of high-class targets who could fill the void left by Hazard, though Chelsea cannot work on a move for the Barça man 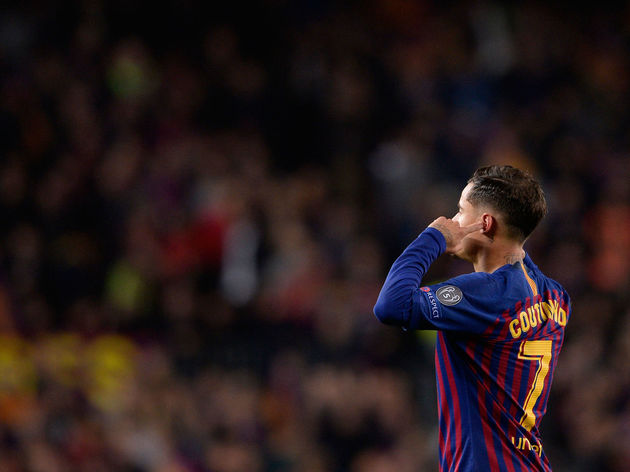 ​The Blues launched an appeal against the decision

Coutinho is available for a reduced fee following a distinctly average first full season at the Camp Nou, the former ​Liverpool playmaker racking up a mere five goals and two assists in a title-winning La Liga campaign for the Catalans.

He has also had a public falling out with the ​Blaugrana fanbase, as tensions reached a fever-pitch in April when the midfielder mocked the home crowd in petulant celebration after scoring against ​Manchester United.

Everything suggests that he will leave Spain before the start of next term - the supporters want him out, his performances have been underwhelming since the £142m move from Anfield and the player himself has criticised his side on several occasions. This is a difficult one for Roman Abramovich to stomach as the 27-year-old would have been a fine replacement (on a cut-price deal) for the mercurial Hazard, providing similar levels of creativity and flair.  Moreover, Coutinho has pedigree in the Premier League, earning many admirers after his exploits in red.

Chelsea would have a reasonable chance of winning the race to his signature were it not for the embargo, with the club able to offer ​Champions League football, contention for trophies and a strong salary, making the restriction even more frustrating.