​Claudio Ranieri is number 48 in 90min's Top 50 Great Managers of All Time series. Follow the rest of the series over the course of the next 10 weeks. You can find ​​Toby Cudworth's career overview of the 'Tinkerman' ​​here.

With over 30 years of managerial experience behind him, it's hardly surprising to learn that Claudio Ranieri has worked alongside some of the best players in the business.

The Italian has coached some outstanding Serie A, La Liga and Premier League talents over the years - his résumé speaks for itself when you consider players like Rui Costa, Daniele De Rossi, Alessandro Del Piero and Jamie Vardy (yes, Jamie Vardy) are unable to break into his all-time combined XI.

Here, we have a look at the 11 players who did make it - as we continue 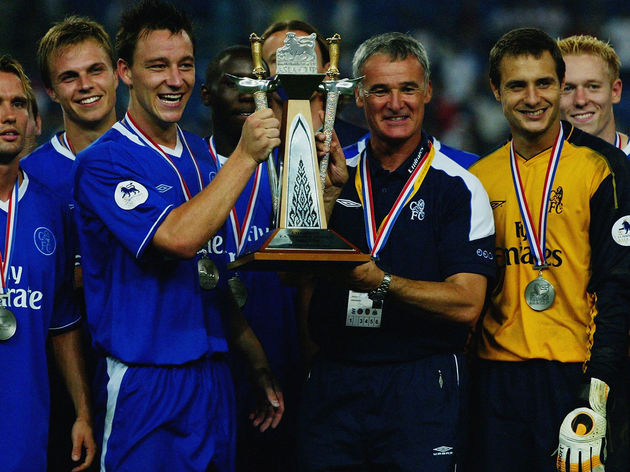 N'Golo Kante - When the little Frenchman moved to Leicester in the summer of 2015, nobody really knew he was. But by the time he parted company with the club to join Chelsea, Kante had forged a reputation as one of, if not the, best defensive midfield anchor in the world. He proved his Premier League title win with the Foxes was no fluke the following season too, winning it again in his debut season at Stamford Bridge.

Frank Lampard - Although his goalscoring statistics were vastly inferior to the seasons he enjoyed under Jose Mourinho and various other Chelsea managers, it's important to remember the faith placed in Lampard by Ranieri. Signed from West Ham for £11m, he became a regular in the Stamford Bridge midfield and barely missed a game. The current Derby boss is the first to acknowledge Ranieri's contribution, and is well aware that he set him on course to become a Premier League great.

​Riyad Mahrez - Another member of the phenomenal Leicester team who shocked the world, Algerian midfielder Mahrez flourished under the guidance of Ranieri. Ineffective under previous manager Nigel Pearson, he was reinvigorated under the happy-go-lucky Italian - scooping the PFA Players' Player of the Year award during that 2015/16 title winning season. Now, he plies his trade under Pep Guardiola at Manchester City, playing in one of the best teams ever seen.

Francesco Totti - A legendary attacking midfielder, a legend of Rome and a legend of the game. Those words still don't adequately describe just how good Totti was, let alone how loyal he was. He was simply outstanding, and were it not for injury problems during Ranieri's first season in charge at Roma, I Giallorossi would most likely have won Serie A.

Gianfranco Zola - Originally, Alessandro Del Piero was slated to take this spot on the left. But you can't ignore the relationship that Zola enjoyed alongside Ranieri, during the formative years of his career at Napoli and when they reunited at ​Chelsea. The little Italian was an absolute maestro on the ball, and his influence on proceedings during Ranieri's time in England was substantial. 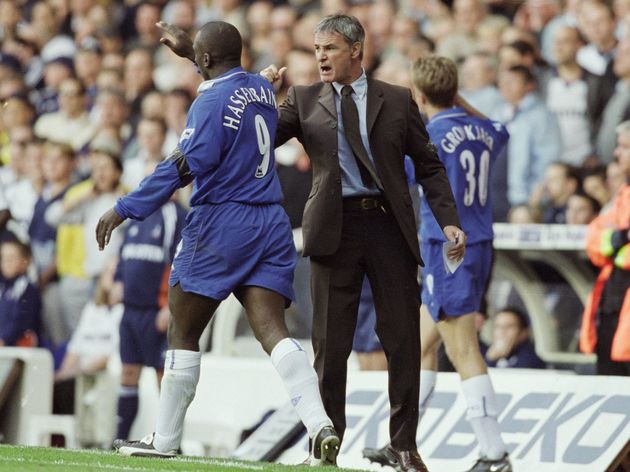 Gabriel Batistuta - You'll do well to go back through the annuls of time to find a genuine, out and out goalscorer better than Batistuta. He was simply breathtaking, and was instrumental to Fiorentina's success under Ranieri during the mid 1990s. Top scorer with 26 goals during the 1994/95 Serie A season, Batistuta also broke Ezio Pascutti's 32-year-old record by scoring in the first 11 matches of the season.

Jimmy-Floyd Hasselbaink - Another man who loved scoring goals under Ranieri was Hasselbaink, with his goal glut at Chelsea following a real low point of the Dutchman's career - relegation from La Liga with ​Atletico Madrid. That was soon put to one side as Hasselbaink scored 70 goals in 136 Premier League games under Ranieri, winning the Golden Boot in his first season at Stamford Bridge.