England face Argentina in the second round of Group D fixtures in the Women's World Cup on Friday, with the Lionesses looking to make it two wins from two at the start of the tournament.

England were victorious over Scotland in their opening game last weekend, although manager Phil Neville admitted that a poor second half performance left his team with a 'long way to go' if they are to lift their first ever World Cup trophy this summer.

Group minnows Argentina drew 0-0 with Japan in their opening game on Monday evening, celebrating it like a victory after it marked their first ever point at this level following six successive losses in their only two previous World Cup appearances.

The two countries were actually drawn into the same group in 2007, the last time Argentina qualified, with England winning 6-1 on that occasion after goals from Kelly Smith and others.

Prior to facing Japan on Monday, that had been Argentina's last World Cup game. Women's football has been undergoing changes in Argentina over the last couple of years. The national team are fighting for equality in terms of pay, treatment, equipment and facilities, while domestic player Macarena Sánchez, who is not part of this summer's squad, even took legal action against the AFA and became the first female professional in Argentina.

Toni Duggan sat out the opening game with a minor injury and remains a major doubt after light training away from the group on Wednesday. Millie Bright has trained as normal after being withdrawn against Scotland following a heavy fall on her shoulder.

Neville has also been tipped to potentially make other changes as he looks to keep players fresh and on their toes. 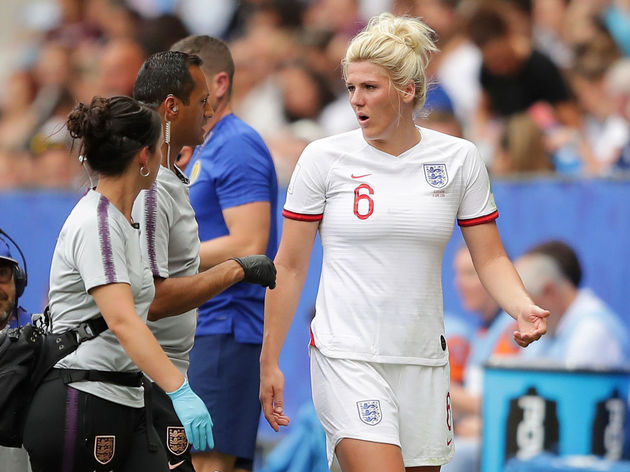 Following some disappointing results in their warm-up games, England must be able to put together a solid performance over 90 minutes, something they failed to do against Scotland. There is no doubting the quality that exists in the Lionesses squad, particularly attacking-wise, but attention now has to be on concentration and making sure that no complacency, or the relaxed atmosphere that characterises the group off the pitch is able to seep in.

Argentina are not intent on attacking and will likely cede the lion's share of possession to England. Goalkeeper Karen Bardsley probably won't be busy either, as the South Americans managed only a single shot on target against Japan, and it didn't come until the 73rd minute.

After a nervous end to the win over Scotland, England will be more aware than ever that there will be no easy games if they are to lift their first ever World Cup trophy this summer.

The Lionesses will have seen how Argentina resolutely worked together to frustrate Japan. They will also know they will have to be at their best to make the breakthrough in Le Havre, although there is at least a chance that fatigue could become a factor for Argentina after putting so much into that opening game, as well as having had a day's less rest than England. On paper, at least, this should be a non-contest. On the pitch, logic says it will head that way too, but England cannot take anything for granted and need to try and make a statement.