​Wales suffered a big blow to their hopes of securing automatic qualification for Euro 2020 as they fell to a late defeat away from home to Hungary.

Máté Pátkai scored the all-important winner for the hosts in the 80th minute after Wales failed to clear their lines in the box.

With 13 matches played, check out our bite-sized roundup of Tuesday's Euro 2020 action.

It's all over in Budapest as #Hungary beat #Wales to go top of #EURO2020 qualifying Group E. #TheRedWall #YWalGoch pic.twitter.com/jqQUzi5Wol

Ryan Giggs' side came into this game off the back of a narrow defeat to Croatia, and while there was no shame in losing to the World Cup finalists, they would not be happy with their performance here.

Wales missed an excellent chance to break the deadlock on the hour mark through talisman and Real Madrid winger ​Gareth Bale. Tom Lawrence made an excellent run down the right flank and squared the ball to the unmarked Bale who could only scuff his shot tamely at

The away side would pay the price for missing this opportunity as they conceded the winning goal in the 80th minute. They will be disappointed with the goal that they conceded, a long hopeful ball was put into the box and striker Adam Szalai used his strength to hold off Jamie Lawrence. Belgium prove to be too strong for Scotland. Goals from Lukaku and De Bruyne give them the win. #BELSCO pic.twitter.com/HA3mLjaq39 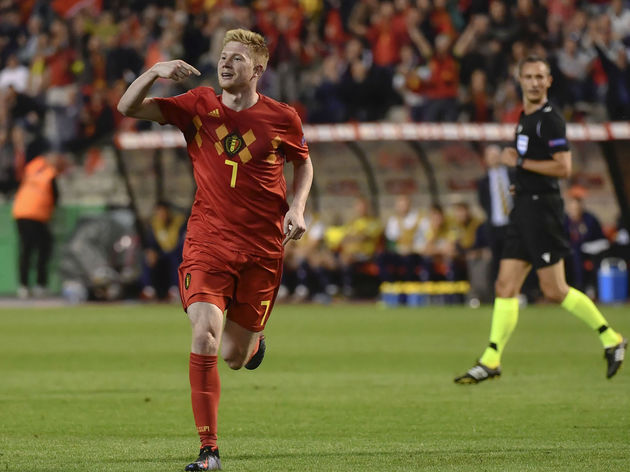 Italy survived a scare to come from behind and continue their 100% record in qualifying.

The visitors posed a threat from the outset and had the first big chance of the game. Former Manchester City striker Italy equalised just three minutes into the second half and it was a thing of beauty. Federico Bernadeschi floated a corner to Lorenzo Insigne who was lurking just outside of the area and the ​Napoli man struck a brilliant first-time volley which flew into the net.

France recorded a comfortable 4-0 win over Andorra to recover from their shock 2-0 loss to Turkey last time out.

The world champions took the lead after 10 minutes when Antoine Griezmann played in an excellent through ball to ​Kylian Mbappe which the PSG forward raced on to before calmly chipping past Andorra goalkeeper Josep Gomes.

Wissam Ben Yedder added France's second when he hit a shot towards goal that seemed to be straight at Gomes but the Andorra goalkeeper could only weakly push the ball into the net.

Mbappe floated a ball into the far post and Florian Thauvin had a brilliant scissor-kick finish to add a third for France before half-time.

They added their fourth in the second half when Andorra failed to clear their lines from a corner, allowing Kurt Zouma to tap in on the goal line. Elsewhere Northern Ireland made it four wins out of four in Euro qualifying, Paddy McNair scoring a brilliant goal late on against Belarus. Greece suffered a shock upset at the hands of Armenia while Slovakia thrashed Azerbaijan, and Iceland beat France's conqueror's Turkey 2-1

You can check out all the results below: