Argentina's women, who this week earned a 0-0 draw against 2011 winners Japan to claim a first ever World Cup point, have had to make do without proper facilities and a lack of funding from the national federation (AFA) to cover things like travel and hotels.

That is why going toe to toe with one of the best sides in the world after being on receiving end of 11-0 and 6-1 thrashings the last time they qualified in 2007 was celebrated in the manner it was. One player who wasn't there in Paris, but has been such an important part of the continuing battle for professional recognition and gender equality back home, is Macarena Sánchez.

The 27-year-old recently became the first female player to sign a professional contract in Argentina after she joined San Lorenzo in April. That came after beginning legal proceedings against the AFA and former club UAI Urquiza after suddenly being released mid-season and left unable to join another team.

Sánchez is now a symbol for change for women's footballers in South America.

"Now I take it a little more calmly. But at first the truth is that it affected me a lot, at times I still suffer," Sánchez told 90min regarding the media exposure following her public stand.

"It is disheartening having to always talk about the same thing, even though it is a struggle I am committed to and affects me. Being the voice of many people is not easy, it's a lot of pressure." Although it is still the beginning of a long, arduous road, a lot has already been achieved in the struggle.

"There were no women on football pitches and today they are full of girls. There are women's or mixed tournaments and men are being more open to us playing football," Sánchez explained.

"But things are still missing and everything that surrounds football is still male dominated: out of 100 journalists, only 10 might be women. There are still clubs that do not have women's teams or academies. That's the big change we have to make to achieve professional women's football.

"If I were able to I would take a lot of decisions that would benefit the players, but I do not have that power. Sometimes that affects me but I want to enjoy it a little more."

On the fight, Sánchez explained that it was sometimes a struggle even to get her own teammates onside over fear of what it means to take a stand against clubs or the AFA.

"Most people supported me, but not everyone. You meet with leaders who do not see it in the same way. They will never know what it is to be on this side because they were not players. They have a hard time understanding and they do not want to see it either," she said. "I received the refusal of my colleagues. That's how it works! I don't want to blame the players because it is difficult to be on this side and always feel fear or pressure exerted by the clubs, AFA or the leaders. From one day to the next you can lose everything. Do not blame players, but point the anger in the right direction and know the blame is on the people who have the power."

"Juan Pablo was one, but it was not surprising because everyone knows his commitment to society, social causes and women's football in particular," she explained. 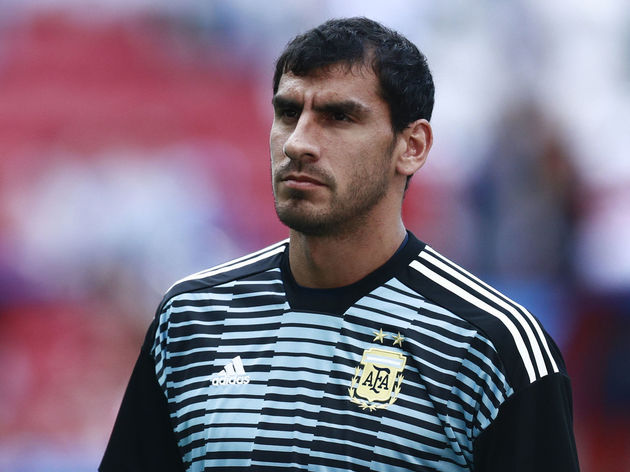 Sánchez said it was 'necessary' for the men's team to offer support because of their prominent status and the visibility they could have given her cause for women - "They could make many people rethink their positions and that would be good."

She admitted that it will still take time for professionalism to take hold and be fully recognised, stating, "It will be our responsibility to continue asking for what is still missing", while there is important work to be done at grassroots level: "It does not help if you give a contract to someone like me, who is 27 years old, but a girl of 10 cannot join a club."

Sánchez does see a more positive future if Argentina follow the recent example of Spain, where the key to growth has been media involvement and greater exposure.

"As is happening in Spain, the media have to give more visibility, invite people to go to the games, not only reporting that there has been a women's football game. You have to give a lot more motivation [to people], a lot of marketing, sell a show," she said. "Here we play on ugly pitches, without stands, at times when no one can go. For us it is difficult to sell a sport in these conditions and we should not have to do it either. The people of the AFA and the clubs are the ones who should. It has a lot to do with the sponsors  the media."

Macarena Sánchez spoke extensively to 90min in Argentina. Originally published in Spanish, the full interviews are available here - on the attitude of Rafael Nadal, on needing support from Argentina's men's team, and on Cristina Fernández de Kirchner.