Marozsan, who plays her club football for perennial Champions League winners Lyon and was one of the most talked about players pre-tournament, picked up the problem during Germany's opening hard fought win over China on Saturday but played on through the pain.

 Martina #Voss-Tecklenburg: "She has broken her toe, which means she will not play any further part in the group stages."

We will be without Dzsenifer #Marozsan for the next couple of games. Get well soon, Maro! 

Ahead of Germany's next game against Spain on Tuesday, Die Nationalelf coach Martina Voss-Tecklenburg confirmed the details of the injury: "She has broken her toe, which means she will not play any further part in the group stages."

Germany are still be expected to successfully navigate Group B and reach the knockout stages for an eighth consecutive World Cup, although it will remain to be seen whether Marozsan will be fit enough to return later in the competition.

"We will try to get her back on the pitch before the end of the tournament, but we can't make any predictions," Voss-Tecklenburg said, adding that the situation has been discussed with Lyon. 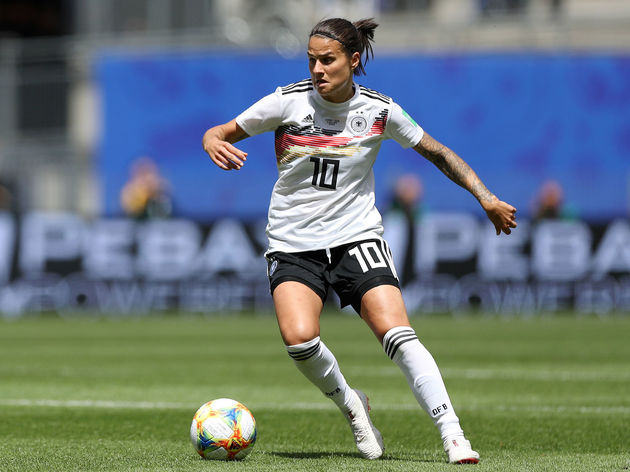 An international since 2010, 27-year-old Marozsan was part of the German squad that won Euro 2013, finished fourth at the 2015 World Cup and won an Olympic gold medal in 2016. She also captained her country at Euro 2017, although has since relinquished that role.

Of Germany's main competitors to lift the World Cup trophy this year, France and England both got off to winning starts, albeit in contrasting fashions, while the United States will begin their campaign with a Group F clash against Thailand on Tuesday night.