Women's World Cup: Canada Could Be the Real Dark Horse After Opening Win & Another Clean Sheet

It was a single goal from centre-back Kadeisha Buchanan, who plays her club football for Lyon and was named Young Player of the Tournament at the last World Cup, that decided the game. And while it was slender margin of victory, Canada were never under much pressure. This is a team that hasn't really been mentioned as a contender for the World Cup in the same way as the four countries ahead of them in the FIFA World Rankings - USA, Germany, England, France - or even as a dark horse contender like those a little lower like Australia and Japan.

Of those two potential dark horses, Australia lost their opening game, while Japan failed to break down Argentina - a country that had previously lost all six of its World Cup fixtures.

But based on this opening Canadian performance and result, as well as the form they have brought with them to France, dismissing them reaching the latter stages would be foolish.

Cameroon, while always the underdog in the contest, still had the potential to cause problems with pace and fearlessness. But Canada dominated possession (74-26) and limited their opponent to just four shots in 90 minutes - none of which were on target.

Arguably, a more clinical performance would have resulted in a bigger win after 16 attempts on goal, and four on target. In veteran captain Christine Sinclair, who is just four goals away from setting a new international world record, they have someone capable of scoring at any time.

And when you don't concede, one goal is all you need to get the win. 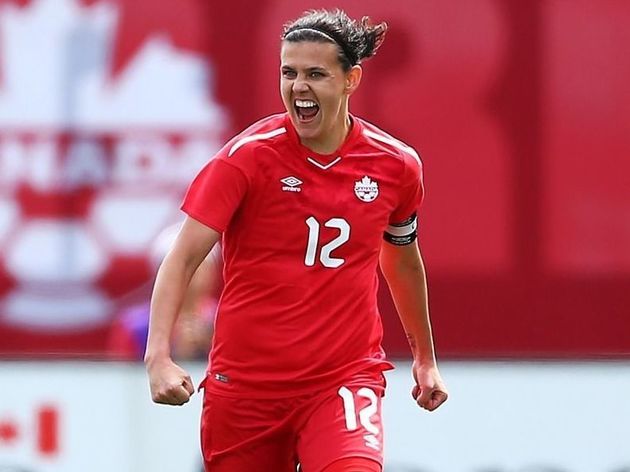 Marshalled by the incredible Buchanan, Canada's clean sheet was their ninth in 2019, in just 10 games. They are unbeaten during that time and the only goal against them this year was scored by Nigeria in April. England, Sweden and Norway have all failed to find the net, as have Spain - a talented and technical team - and a Scotland side with a potent attacking lineup.

Canada also appear to travel well. Unlike the United States, who play the majority of their games on American soil and thrive off home advantage but perform less admirably away, Canada have played just three times at home in two years and have recorded positive results on the road.

That impressive 1-0 win over England in April came in front of a sell-out partisan crowd in Manchester. The clean sheet against Sweden, in Portugal, and the win over Norway, in Spain.

Canada will be expected to win against New Zealand in their next Group E game, and a good indicator of their level will come against the Dutch. That should decide who tops the standings and will be a battle between Canada's defensive strength and Dutch attacking prowess.

The way the knockout bracket could pan out, it is not unfeasible to see Canada reach the World Cup semi finals for only the second time, matching their best ever performance from 2003. If things go their way and they prove to be as resilient as they have been, they could go even further.