​The Women's World Cup moved into its fourth day of fixtures on Monday, with sides in Groups D and E vying to get their tournament off to the best possible start.

Argentina stunned the world by picking up an incredible point against Japan, before Canada went on to grind out a hard-fought victory over Cameroon. Coming into Monday, spirits around the Argentinian camp were low. They had lost all six of their previous World Cup matches in their history, and were tasked with the challenge of withstanding Japan, who won the tournament in 2011 and were beaten finalists last time around.

Possession-wise, this went exactly as you would expect. Japan completely dominated the ball, while Argentina sat back and defended for their lives. They didn't exactly park the bus, but they didn't really have any other choice.

It was a credit to Argentina's work rate that there wasn't a single shot on target in the first half and, though Japan came closer to opening the scoring after the break, they simply could not find a way through. 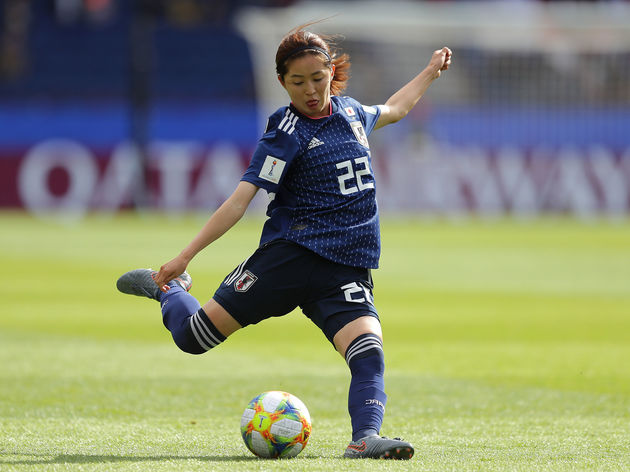 Japan's Yui Hasegawa and Yuika Sugasawa spurned two great chances to score, but Argentina held firm as they clung on for their first point in World Cup history.

The tournament has already been a success for Argentina, while Japan must respond if they are to avoid falling into crisis. Reaching a third consecutive World Cup final was their goal coming into the summer, but they now have real work to do to keep that dream alive.

Like Argentina, Cameroon were faced with their own unenviable challenge. Opponents Canada were one of the pre-tournament favourites, so Cameroon were made to work hard to try keep them at bay.

Clear-cut chances were certainly at a premium, but Canada's persistence eventually paid off on the stroke of half-time, as Lyon's

Claudine Meffometou came close to equalising with a header of her own, but Cameroon rarely looked like posing a threat to Canada's goal. 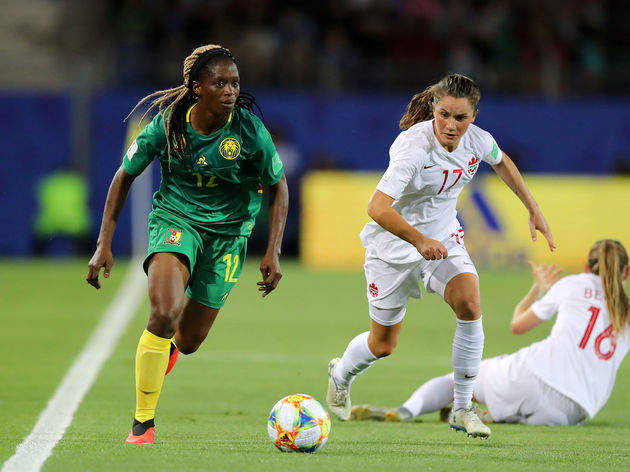 At the other end, all eyes were on veteran striker Christine Sinclair, who needs just three goals to match Abby Wambach's international record of 184 strikes. The 35-year-old headed wide early on, before her deflected effort was cleared off the line by Meffometou in the dying embers of the game, so her search for those all-important goals goes on.