Coutinho initially enjoyed a strong start to life with Barça in his first few months, but his performances since then have not lived up to expectation, leading to widespread speculation that the reigning La Liga champions could sell the Brazilian just 18 months after he arrived. 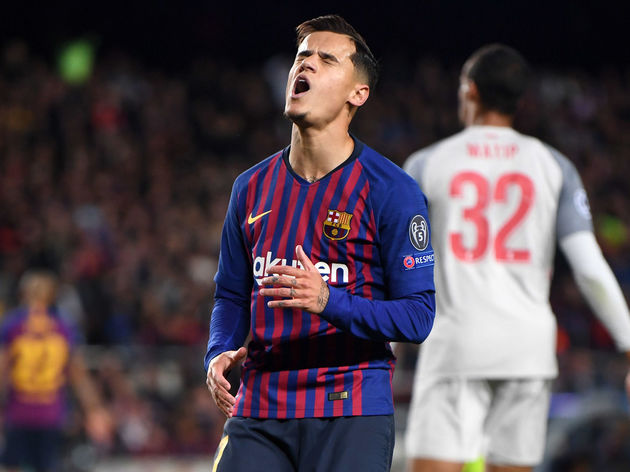 "I have not had a good season," Coutinho is quoted as saying by Marca as he prepares for the imminent start of the 2019 Copa America on home soil in Brazil.

"My performances have been a lot worse than I expected they would. The only way to improve and gain confidence is through hard work, and I have been working hard," he added.

To add fuel to the idea that Coutinho is not happy at Barça and could move, international colleague Thiago Silva has declared that the former Liverpool favourite was the 'best player on the pitch' for Brazil's final two Copa America warm-up games. "He is a lot happier again now and he is playing with a smile," the veteran defender said.

In recent months, Coutinho has been linked with a return to Liverpool, as well as a shock transfer to Manchester United. Neither seems particularly plausible, but further rumours also suggested Chelsea could target him to replace Real Madrid-bound Eden Hazard.

That would, of course, only be possible should the Stamford Bridge club's transfer ban be overturned by the Court of Arbitration for Sport (CAS). And it seems unlikely after Barcelona themselves and Atletico Madrid have previously failed with similar appeals. The most plausible transfer link regarding Coutinho has been with Paris Saint-Germain, where he would finally be able to team up with long-time friend Neymar at club level. When that was reported recently it was said that the Copa America will be key in determining his market value.