Manchester United have told Real Madrid that they will not entertain offers for midfielder Paul Pogba this summer, but Juventus still remain hopeful that they can strike a deal with the Red Devils.

Real Madrid had been the clear favourites to sign Pogba this summer, but Juventus recently ​expressed their interest in bringing Pogba back for a second spell at the club, with a fee of around £100m being suggested. 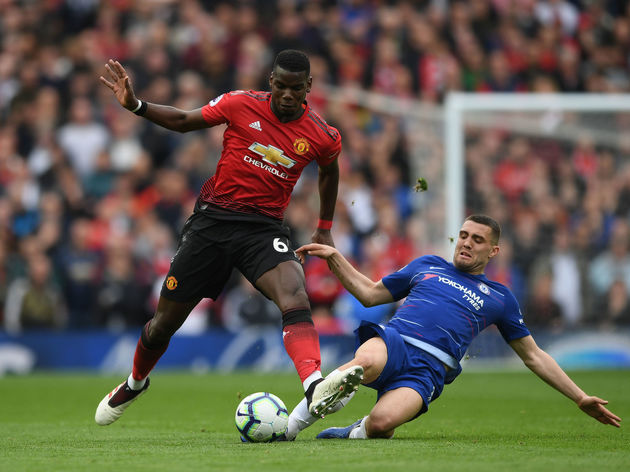 ​Real have now turned their attention to ​Pogba after completing a deal for ​Chelsea's ​Eden Hazard but, according to ​AS, ​United have told them not to waste their time, as they insist he is not for sale.

The Red Devils have never even suggested a fee which they might be tempted to accept, and Real fear that the only way they could complete this deal would be for Pogba to try force through an exit from Old Trafford.

It is unclear whether he would be prepared to do so, as​Daily Mail​Juventus

​Pogba is said to be keen on a return to Juventus, with whom he spent four years between 2012 and 2016, and the ​Serie A champions do not want to miss out on signing such an influential player.

Juventus sporting director Fabio Paratici confirmed the club's interest in Pogba whilst speaking at the recent Football Leader 2019 event (via ​Goal), insisting that he will discuss their pursuit of the United star with their new manager, perhaps Maurizio Sarri of ​Chelsea.

Pogba remains a huge fan of Juventus and recently flew to Turin to celebrate the career of retiring defender Andrea Barzagli. He is said to be incredibly eager to return, having grown disillusioned with life in the Premier League and the fans' treatment of him.

When asked about a potential return to Juventus back in November, Pogba confessed that ​he had missed the club and life in Italy, and it remains to be seen whether Juventus can raise the required funds.