United's goalkeeping situation is threatening to become messy again as De Gea has been unable to agree a new contract at Old Trafford and has just one season left on his existing deal. It has led to speculation of an imminent PSG bid in the wake of Gianlugi Buffon's departure from the French capital. And while United have previously been reported to be unwilling to sell the Spaniard, a new report from The Sun now alleges that they will accept an offer between £60m and £75m, and could even pay De Gea himself a 'golden handshake' of £20m to go now.

Were he not to accept a transfer this year, De Gea could go for free next summer, and so in this particular version of events, United would still ultimately pocket at least £40m from a sale, even after handing over an enormous pay out to the player.

Attention would then turn to potential replacements. United obviously already have Sergio Romero on the books at Old Trafford, while homegrown starlet Dean Henderson has just enjoyed an outstanding season on loan as Sheffield United earned Championship promotion. Jan Oblak is one name that has been linked with United for the last few years already in the expectancy that De Gea will one day move on.

A report from ESPN suggests that time for that handover could be now after claiming that the four-time Zamora Trophy winner - handed to La Liga's best goalkeeper each season - wants to leave Atletico Madrid over 'broken promises' after voicing concerns over the club's ambition.

Los Rojiblancos have already seen Lucas Hernandez agree a move to Bayern Munich, while Diego Godin is set to join Inter after confirming his departure. Antoine Griezmann has also seen fit to call time on his five-year spell with the club in what is becoming an exodus of star names.

ESPN alleges that Oblak, described as a 'boyhood Manchester United fan', would favour a summer move to Old Trafford over PSG, even without Champions League football on offer. The media outlet also cites one its own reports from earlier this year claiming United are at least considering triggering the €120m (£107m) buyout clause in Oblak's contract. 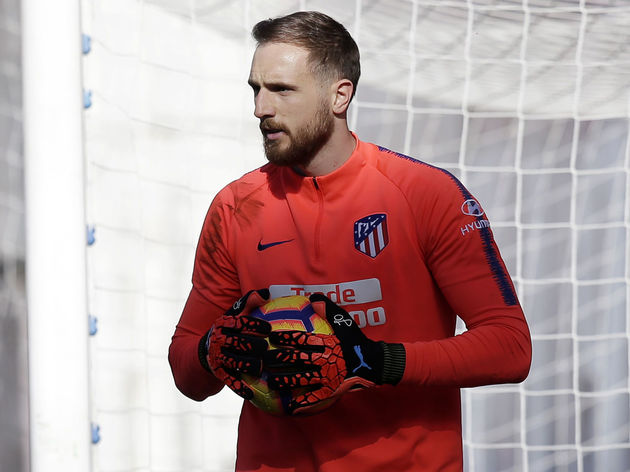 That would make the 26-year-old the most expensive goalkeeper in history, shattering the current £72m record set when Chelsea bought Kepa Arrizabalaga from last summer.

There is, however, a bit of an endless loop of impossibility attached to this, in that United won't be in the market for a new goalkeeper unless De Gea leaves - and because PSG appears the most likely destination, they wouldn't actually be competing with PSG for Oblak's attention.

The only way that United would feasibly be directly competing with PSG to sign Oblak is if another club were to come in for De Gea. That could be Juventus, for example.