Marcelo Bielsa is number 50 in 90min's Top 50 Great Managers of All Time series. Follow the rest of the series over the course of the next 10 weeks. You can find Ben Carter's 'El Loco' best XI ​here.

​The dictionary definition of a cult hero, Marcelo Bielsa's journey from a stalling career as a player to one of modern day football's biggest influencers has been nothing short of outstanding.

As a player, Bielsa was forced to retire at the age of 25, but his deep and thorough understanding of the game saw him land himself at former club

following a 6-0 defeat. Legend has it that the Argentine was holding a grenade when he opened the door and he threatened to pull the pin.

, Bielsa was placed in charge of the Argentina national team and went on to manage 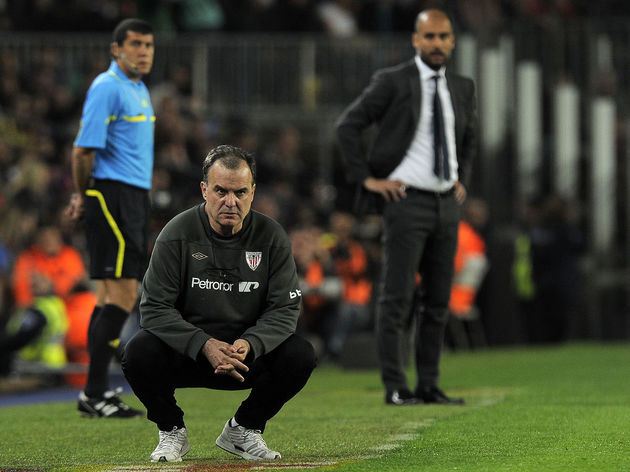 While running in the dead of night at Assistant Jorge Griffa used to have to lock Bielsa in a toilet to stop the Argentine from laying into his team after defeats.

Bielsa's enthusiasm saw him quickly win over the